Home » USA Online Casino Blog » How much do you pay for a whole night party in different cities?

Are you planning a whole night party and wondering by how much it will make you poorer? The answer depends on factors including where you live (the city), on what day of the week, whether you are going to a bar/nightclub or organizing a party at your own place, how many people you are inviting and what’s on the food and beverages menu. Since it’s not easy to come up with a price for all kinds of scenarios, let’s find out how much you will have to pay for a whole night party in a nightclub in six of the top cities in the United States. 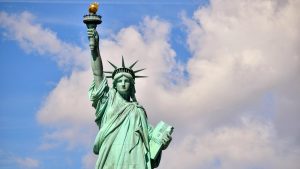 New York City is not called ‘the city that never sleeps’ for nothing. With bars, nightclubs, music clubs and public transportation that open till 4 am in the morning, the city definitely lives up to its reputation. With The Big Apple being the nightlife capital of the world, you can find hundreds of nightclubs featuring an eclectic range of music styles from rock-n-roll to Latin to hip-hop.

In order to enter a New York nightclub, you have pay an entry fee that ranges from $20 to $50 for a man and $0 – $20 for a woman. Sometimes, a woman is given free entry if she fits the look of the club. Add to that the costs of drinks. Drinks cost about $20 per glass and a can of beer costs about $7. If you want to drink champagne, you will have to dig a lot deeper into your pocket. Table service costs about $1,000, which you can split with your friends. If you have a small group, it’s better not to use table service. Most nightclubs do not serve food other than light snacks, so you should have a meal to last the night before you head for the nightclub. 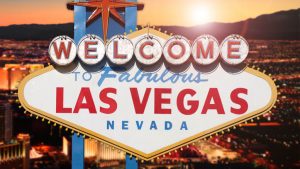 Las Vegas, the glittering city of 24-hour casinos and entertainment in the middle of a desert, provides opportunities galore for people who want to party all night. There are hundreds of bars and nightclubs that cater to every type of partygoer in every corner of the city and particularly in the 4-mile long Strip, which is the heart of city.

The average entry ticket to enter a Vegas nightclub costs $30 for a man and $25 for a woman. Add to that the cost of drinks, which is about $20 for a glass of shots and $7 for a can of beer. If you choose to have champagne, it will set you back by $400-$600. Table service costs above $1,500 on average, but that’s for the entire group and you can split the cost. If you are just two or three people, you’d better not use table service. Since most nightclubs do not serve a full meal (apart from light snacks), you should have your dinner before you go to any nightclub. 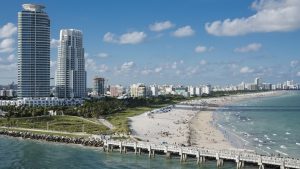 Miami, the glamorous landmark city of the Sunshine State and one of the most popular vacation destinations in the world, is also famous for its trendsetting nightclubs. Most of the city’s nightclubs are concentrated in the colorful and trendy South Beach, where everyone visiting Miami makes it a point to spend some time sightseeing, surfing, nightclubbing and generally having a good time.

The average cover charge to enter a Miami nightclub is $50 for a man and $40 for a woman. The cost can go as high as $100 if there is a special event with well-known DJs and celebrities. Drinks cost about $20 per glass and beer costs about $7 per can. Table bottle service, if you want to use, can cost above $1,500. The larger the group you have, the less the cost per head. But table bottle service is not advisable for a small group of people. You should keep in mind that dinner is not served in most nightclubs. If you want to eat at the nightclub, then you should find one that serves dinner. A three course meal can cost upwards of $40.

The city of Los Angeles in not just famous for the glitz and glamour of Hollywood, the second most populous city in the United States also has a thriving nightlife. Scattered in different enclaves of the city are hundreds of nightclubs featuring an eclectic array of music to cater to the tastes of customers that descend on the city from all over the world. If you go to one of the more upscale nightclubs, you might even get to hobnob with a movie star.

So how much do you pay for a whole night party in Los Angeles? Pretty much the same as in other large US cities. The average cover charge to enter a Los Angeles nightclub is $30 for men and $25 for women. Drinks cost about $18 per glass of cocktail and a can of beer comes to about $7. Champagne will make you a few hundred dollars poorer, but you can split the cost with your friends. Table service costs well above a thousand dollars, so you had better not use it if you have a group of just a few people. While most nightclubs do not serve food, there are some that do. If you want to have food as well, you should set aside about $40 per person for a three course meal.

New Orleans is often called the “Big Easy” because of its round-the-clock nightlife and a vibrant music scene. If you are looking to have a fun-filled whole party with your family and friends, then this beautiful city on the Mississippi River will not disappoint you. A melting pot of American, African and French cultures, New Orleans has hundreds of nightclubs featuring every kind of music from blues to jazz to hip-hop.

As in other places, you will have to pay an entry fee to enter a nightclub unless you happen to be a friend of the owner. The entry fee is $30 for men and $20 for women on average. This doesn’t cover the drinks and snacks, of course. A glass of drinks costs about $18 and a can of beer costs about $7. As is the case everywhere, table service is expensive and is not recommended for small groups of 2 – 4 people. Since most nightclubs do not serve food (apart from snacks), you should either eat before entering a nightclub or find one that serves food. In case of the latter, be prepared to pay upwards of $30 per person for a three course meal.

Houston, the city famous for its Space Center, is also a thriving metropolis with a busy nightlife. The city has hundreds of bars and nightclubs that cater to every kind of customer from all over the United States. If you go to the right place, you may even find yourself drinking in the company of an astronaut.

The entry fee to gain access to a Houston nightclub is about $30 for men and $20 for women. A glass of cocktail costs $18 and a can of beer costs about $7. If you are a small group of people, you should avoid using table service because it costs upwards of $1,000. Champagne also doesn’t come cheap. Most nightclubs do not serve food, apart from light snacks; so you have eat your dinner before going to the nightclub. In case you are going to one that serves food, be prepared to fork over upwards of $30 per person for a full three course meal.

On average, you should expect to pay from $40 (entry fee and one drink) to several hundred dollars (incudes food, drinks and table service) per person for a whole night party in the bigger cities of the United States.