People use social gaming as a tool for relaxation and distraction. It usually comes in the form of tasks that are easy to perform. It has tutorials and supports social interactions. A person is able to interrupt a game, as well as view the activity of the other players.

Social Gaming Market on the Increase 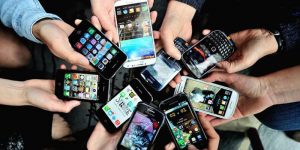 Social gaming is fast becoming the game of choice for many, especially for online gamers. This type of gaming has grown exponentially with the drastic boost in popularity accredited to its accessibility to mobile devices. Social games are arguably the top choice in mobile game downloads. Therefore, it is no surprise that social gaming is receiving a lot of attention from usability professionals.

For a game to receive the moniker of a social game, it must satisfy a number of factors. Some of the factors used to characterize social gaming include:

Multiplayer option – This allows the gamer to play with other players in the same gameplay at the same time. A player could compete with, play against another player or cooperate with another player during gameplay.

Awareness of other gamers and interaction with them – Players know about each other in a social game. They can follow up on their high scores and progress within the social game and actions within a game. To this end, players are also able to socialize with other gamers.

Since social games come in a wide variety and contain different features, the above categorization gives a general overview of what social gaming is. 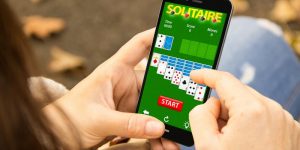 Currently, more than 50 percent of online gamers have interacted with social gaming platforms. More females (54 percent) interact with the platforms than males (46 percent), according to 2014 statistics.

If we look at the age of players, females aged 40 and over are more involved in social gaming. As for males, they are mainly 37 years of age and over.

There is a common misconception that says experienced console gamers have no interest in social gaming. However, many researchers have proven this untrue. A recent survey has shown that more than 70 percent of gamers in the United States also play console games. 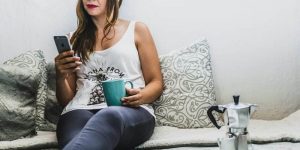 Normally, players of social games do not seem to be taking part in long gaming sessions. Research has shown that most social gamers engage in the activity for short periods of time. Their main purpose is to relax and distract themselves from their daily lives. Research has suggested that what social gamers are looking for by playing the games for short periods is pleasant boredom. It gives them an opportunity to take part in a repetitive activity that has low suspense. The activity also applies a low cognitive load and does not use a lot in terms of emotional exertion.

Another aspect that makes social gaming so attractive is the easy way in which a person can interact with others. Social gaming interactions take place in two different ways. These are:

It is important to note that these types of interactions can change depending on the evolution and design of social games. However, the above-discussed types are valuable since they let usability professionals know how to approach social gaming.

Considerations Taken in The Design of Social Gaming Services

Social games have proven to be popular because of certain aspects that are synonymous with almost all of them. Designers have been following specific blueprints when they design the social games. These have proven to make social gaming more engaging to users. It has become the most preferred type of gaming for many people. Some of the usability considerations taken into account in the design of social gaming include:

➢ Repetitive tasks that are easy to perform – As previously mentioned, most people look at social gaming mainly as a tool for relaxation and distraction. As such, most social gaming services provide games that are easy to play and have casual gameplay. They also have very low requirements, if any, to participate. In addition, they are usually based on daily themes that are fun and easy.

➢ Step-by-step tutorials – Most social games feature a tutorial function that gives a player an introduction to the dynamics of the social game. This tutorial function usually addresses one task at a time. It explains and demonstrates a specific aspect of the gameplay before asking the player to repeat the task. Once the player successfully accomplishes the task demonstrated in the game, he or she receives an award. Then, he or she can use the award in the next gameplay.

➢ Social interactions – Social gaming prides itself on the ease of which gamers can interact with each other. Social gaming encourages gamers to do so.

➢ Allows for interruption – One of the main aspects of social gaming is the ability to interrupt gameplay and pick up where you left off. This allows gamers to engage for as short a period as they want, as well as easily interrupt the gameplay.

Players normally engage in social gaming as a means to pass time and distract themselves for short periods of time. This means that social games can accommodate the small spans of attention bestowed upon them. They are enjoyable for the duration of the time you play them. But you can also interrupt gameplay and interact with other players in the process.