If you’re interested in gaming and are considering going pro or semi-pro, there are some updates to be aware of this year. If you’re a gamer, you’ve likely already noticed several new games and features released over the last few years. The gaming industry is experiencing a noticeable revolution. There is much more consumer participation encouraged for several types of games. Because of this, players are experiencing a more even playing field, regardless of experience. Here are some of the things you can anticipate when it comes to professional online gaming in 2019. 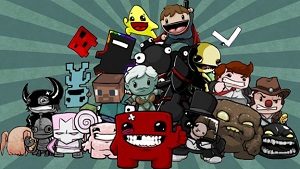 There are millions of gamers in the world these days. As online games become more accessible, the number may increase. In 2019, gaming revenue is expected to reach $123.5 billion. New technological advancements will contribute to this number. However, many gaming companies are adapting to the demands of customers, which will significantly increase revenue as well.

Many companies are starting to anticipate the interests and trends most appealing to gamers. Tech development is becoming easier for people to understand, since most individuals have to use some form of technology every day. Gamers also want to have a fun and interactive experience. Bigger gaming brands will likely maintain their marketing and production methods, since their practices have worked well so far. However, independent gaming companies will likely become more popular as the year progresses.

NVIDIA is responsible for the latest trends and development in graphics. The company will soon release ray-tracing graphics cards. These cards will be available to the public in September.

Ray-tracing technology is viewed as one of the biggest advancements in graphics the gaming industry has seen in quite some time. Developers will use the new graphics cards to create worlds unlike anything gamers have previously seen. This makes the game very real, which can evoke more emotional and physical responses from gamers. When a player in more invested in a game, he or she is more likely to continue playing the game. This leads to increased sales for updated game versions and accessories. Ray-tracing technology may also bring about new types of games. While it’s still too early to know for sure, ray-tracing is anticipated to make a huge difference in the gaming industry overall.

The Return of Arcade Games 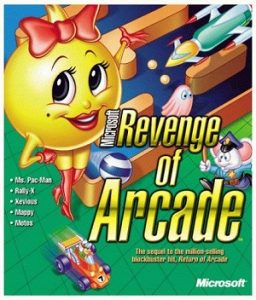 Even though ray-tracing will likely be big, some gaming developers are taking an old-school approach when it comes to new products. Arcade games are making a comeback, mainly because of the nostalgia associated with video games. New game releases such as Super Smash Bros. Ultimate are popular with gamers, and provide a vintage feel. This is why developers probably won’t make too many major changes to the game. The basics will remain the same for the most part. For the game’s sixth release, players will experience a few updated features. These include new characters and stages, and players will have new abilities to explore.

Several game developers are looking to the arcade games of the 1980s for inspiration, and casino operators are following suit. This isn’t exactly a new trend, but it is becoming more popular. Classic games like Wink Bingo’s Starburst Slots are making a comeback. The game has several perks and piques the interest of gamers who prefer traditional games. However, the game has been updated with more colorful and realistic graphics. There are also bonus rounds that make the game more exciting and it keeps players involved.

There are a number of games on the market that use the surrounding world as an actual gaming platform. These games have been part of a huge craze over the last few years, and Pokémon GO is a great example of this. There was a short period when virtual and augmented reality waned in popularity. However, gaming experts say that this phase will likely be over soon. After studying and observing consumer behavior and preferences, many developers anticipate that virtual reality will once again prove very lucrative.

Gamers are becoming increasingly interested in the storyline and overall experience of playing a game. This allows them to be invested in the characters and plot. Augmented and virtual reality games also allow consumers to have a more in-depth gaming experience. For instance, virtual reality haunted houses are growing in popularity, especially among gamers who enjoy a good scare. People are also taking advantage of virtual reality vacations when they can’t travel to their preferred destinations. The casino industry is using augmented reality as well to create games and slots that make gamers feel like they’re in an actual casino. All these virtual reality trends are likely to make their way back to the forefront in 2019. However, with updates in the augmented reality platform also comes changes in the game story lines. The stories will be less “linear” and more creative. This may allow gamers to choose the ending to a story or customize the characters they’re playing with. Augmented reality will experience huge advancements for both multiplayer and single player games.

Gaming Trends That Are Going Out of Style

Now that the New Year is here, it’s just as important to know which gaming trends will be going out of style in 2019. Gaming developers need this information to see which features and graphics they can eliminate from future games. There’s a chance some of these trends could return in the future. However, the industry is listening to consumers and offering features that are popular at the moment. Essentially, each time a new trend emerges, another one is thrown out, even if the dismissal is temporary.

There are some gaming trends many gamers are happy to do away with. For instance, there’s a good chance that paid DLC and microtransactions will soon become a thing of the past. This is primarily because consumers/gamers have more market control. Gamers can give reviews that can turn a community of players against a company or particular game. Companies may even have to provide official statements at times to redeem themselves. The negative press EA received after Stars Wars Battlefront II was released is a prime example of this. Due to the questionable way the company was viewed, EA lost $3.1 billion in shareholder value. Surprisingly, this didn’t stop the company from continuing its previous business habits.

It’s also important to note that most gamers aren’t waiting for EA to release any games. The consumers have spoken and CD Projekt Red has heard what gamers have to say. CD Projekt Red has a new game being released called Cyerberpunk 2077; it is said to be one of the most anticipated video games ever. CD Projekt Red has learned from the EA situation and is committed to avoid microtransactions. Publicly announcing this is part of what has increased gamer loyalty.

More of the games played on an amateur and professional level will likely have a more organic or focus-driven feel to them in 2019. The complicated storylines and advanced decision-making expectations of games make the activities more appealing. This, combined with companies willing to take a stand against unfair treatment of gamers, is likely to be very common in 2019.