Country singer Blake Shelton gave a fan a memorable surprise when he showed up at one of his own slot machines. The fan was playing the slots and didn’t expect to see the star. Shelton’s girlfriend, singer and fashion mogul Gwen Stefani, posted the video footage of the encounter while the couple visited Las Vegas’ Planet Hollywood to ring in the New Year. In the footage, a woman is seen playing the new Blake Shelton slot machine. The country star made the guest’s time at the casino one she’d never forget when he casually sauntered over to the machine. 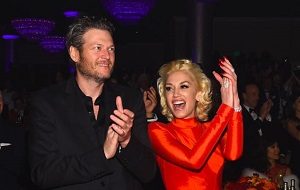 Stefani is scheduled to return to Vegas in February to perform. Shelton has been his girlfriend’s #1 fan, attending her performances in between his 2019 tour and in between seasons of The Voice, where he’s one of the current judges. Stefani also had an impressive stint as a judge on The Voice, which is where the two met and began their relationship. Blake Shelton starts his tour in February in Oklahoma, his home state. The tour will run until March. The new season of The Voice starts February 25 and airs on NBC.

Blake Shelton is an award-winning country singer and is also now known as a songwriter and television personality. His debut single was released in 2001 called “Austin.” The single was from his self-titled album and spent five weeks on the Billboard Hot Country Songs charts at #1. His first album went platinum, and two more songs from the project, “All Over Me” and “Ol’ Red” made the top 20 on the charts. Shelton’s album was released on Giant Records Nashville. When Giant Records closed in 2001, he was moved to Warner Bros. Records. 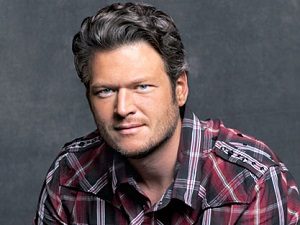 Shelton’s follow-up albums, The Dreamer (2003) and Blake Shelton’s Barn & Grill (2004) were certified gold and platinum, respectively. He also released a 2007 album entitled Pure BS, which was re-released the following year. The re-release included a cover of “Home,” which was originally sung by Michael Bublé. Shelton went on to release more successful albums, including Startin’ Fires in late 2008, and extended plays, All About Tonight and Hillbilly Bone in 2010. In 2011, he released Red River Blue, and two years later, his album Based On a True Story was released. Bringing Back the Sunshine was his 2014 album, and two years later, he released If I’m Honest. As of summer 2017, Blake Shelton has had 33 singles to make the music charts; this includes 24 number one singles. Seventeen of those #1 singles were consecutive. His 11th #1 single, “Doin’ What She Likes,” broke the record for the most #1 consecutive singles on country radio in the 24-year history of the chart. Shelton has also been nominated for a Grammy seven times.

These days, Blake Shelton is well known for his role on The Voice. He is also a judge on the singing competitions Clash of The Choirs and Nashville Star. Shelton has been with The Voice since the show started, and has won six of the fifteen seasons.

Shelton was also in a high-profile marriage with fellow country singer Miranda Lambert from 2011 to 2015. The two divorced amid allegations that Lambert was unfaithful, but the two made it a point to remain amicable. Shelton is now in a relationship with Gwen Stefani. There has been speculation that the two will be married soon and even that Stefani is expecting, but the singers deny these claims.