Betting limits are rare in the casino world – only Colorado and South Dakota impose them. In South Dakota, however, the limit for a single wager is $1000; in Colorado, is just $100. According to the Colorado Department of Revenue, “In Colorado, Limited Gaming means casino-style gambling that is “limited” to: a $100 maximum wager, only slot machines, blackjack, poker, craps and roulette are allowed, and only in the historical districts in the towns of Black Hawk, Central City and Cripple Creek.” Sports betting only recently became legal in Colorado as well.

The $100 limit was introduced in 2008 – before then, the wager limit was $5 and only the games of slots, blackjack and poker were allowed in the State.

The limits have been a source of contention for a long time, but despite ballots and initiatives, they remain in place. Initiative 257 is hoping to introduce a Colorado Constitution amendment that will do away with bet maxs. The change will mostly affect mountain towns like Cripple Creek, Central City, Black Hawk. Legislation originally approved gambling in these towns to help fund historic preservations in the area – and Colorado Senate President Bill Cadman believes the towns could do much better if the limits are lifted.

“If the three Colorado casino towns choose to extend their limits and game options, the modest boost to revenue would be a win-win-win for all the businesses and employees in these small towns, the players who are asking for more gaming options, and the community colleges that receive the taxes,” according to Cadman. 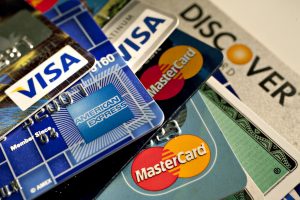 Although there are procedures to be followed, the government is allowing local residents to decide whether or not the bet limit should be changed. The first step requires collecting 125,000 valid signatures, which should be submitted to the state. If that happens, Initiative 257 will be added to the 2020 November ballot, where voters will be allowed to decide whether the betting limit should be removed or not.

The deadline for the first step is August, and pro-gambling groups are working hard to get the required signatures for things to move forward. ” David Spellman, the mayor of Black Hawk, is hoping change will come soon. “The City of Black Hawk is always in favor of gaming enhancements,” Spellman says. “As the gaming experience improves, it is more likely the original three host cities will continue to meet the demands of the gaming community.”