The state of California has been debating an issue within the confines of the legislature ever since the Supreme Court decided to strike down the bill that banned sports gambling nationwide in May. California legislators are wondering after looking at the Supreme Court ruling whether or not they can begin offering sports gambling at their casinos and racetracks without needing to pass state legislation, and instead wait on federal guidelines. While no one knows, for sure, what the ruling means in terms of sports gambling and federal legislation, California is debating on the issue.

When the Supreme Court struck down the Professional and Amateur Sports Protection Act in May, it struck down a 26-year-old law that many people never expected to see fall. The PASPA was designed to ban gambling in all of the states (except Nevada) for single sports betting. Congress was concerned that gambling would ruin sports, and there had been scandals involving sports gambling in the past in basketball, baseball, and football.

However, with computer technology, and the advances in tracking betting patterns, it is more difficult to cheat than it was in 1992. That is not the reason the court struck down the bill, however. The court struck down PASPA because the state of New Jersey argued that it was against the Constitution. The Constitution explicitly stated that the federal government was allowed to regulate commerce between states and countries. States had the power to regulate its own commerce within its borders. This ruling opened the door for states to decide to legalize sports gambling.

The Question for California

The Possibility of Federal Legislation 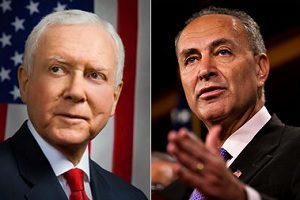