While there are many countries in the world that have no problem with gambling, South Korea is not one of them. In fact, the country has a skewed image of gambling. While international visitors to South Korea are able to gamble as much as they want as many times as they want, South Koreans are not as lucky. In fact, the country frowns on what they call “habitual gambling”, which means that gamblers who make their living from gambling in South Korea have to hide what they are doing. Recently, a former K-pop star has been charged with habitual gambling. She could end up serving three years in prison—for gambling.

K-pop is the term for Korean popular music, which has its origins in the 1940s after World War II. The 2000s saw K-pop, which synthesizes pop music, electronic dance music and hip hop into a blend of music that is uniquely Korean. The music made in Korea has crossed over into the mainstream of United States popular music as well. K-pop artists have a brief shelf-life, unlike many American artists. The genre thrives on being able to emphasize youth and attractiveness. The industry has grossed billions of dollars in revenue since the early 2000s. BTS, the most popular K-pop band currently, has managed to score a top spot on the Billboard 100, which had never been done before by any K-pop band. 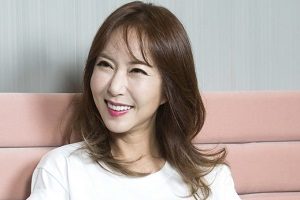 Shoo, who was a singer in the popular mid 2000s K-pop band S.E.S., has had financial issues since the end of her girl band days. Shoo was 16 when she began singing K-pop, and “retired” in 2006, saying she wanted to pursue acting. Soo is half-Korean. Her mother was Japanese, and her father was South Korean. She was born in Japan.

Shoo had not performed music since 2007. She has briefly appeared and reappeared over the last 12 years, but has not been able to achieve the success she had in her teens.

The Problem with Gambling and Korea

While many people in the United States, Western Europe, and Australia expect their rock and pop stars to act a little wild, that is not the case in South Korea. In South Korea, pop stars are expected to be role models for their fans, and not to act without morals. In other words, whatever vice a pop star is supposed to have, they need to keep it under wraps. 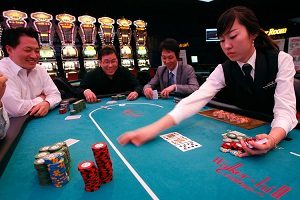 However, Soo has been a regular at gambling locations for many years. She has traveled to venues throughout the world to gamble, including Macau and Vegas. The Macau visits have been particularly concerning to the South Korean government. This is because while Soo can travel to the United States and not be recognized, that may not be possible in Macau, where a lot of South Koreans go to gamble. 474

Soo came to the government’s attention because of civil lawsuits brought by two private lenders. The lenders are charging Soo borrowed $500,000 from them and has not paid the bill. Worse for Soo, at least some of that money was spent gambling in South Korea at the Paradise Walker Hill Casino in Seoul. Soo is not allowed to gamble in South Korea by law. If Soo is convicted, she faces a $10,000 fine and up to two years in jail.