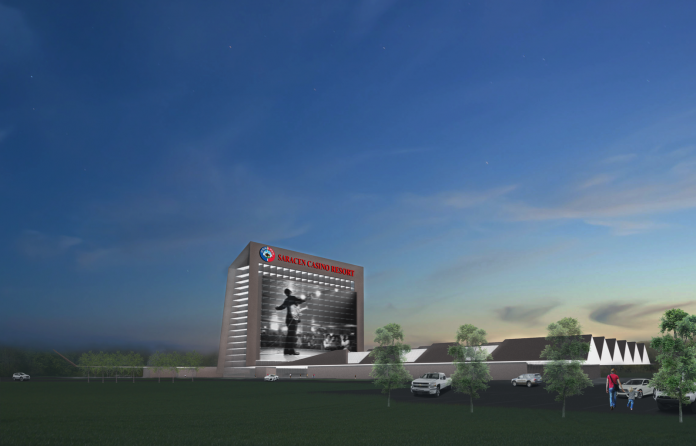 Pine Bluff will be welcoming a brand-new casino resort soon, following Thursday’s approval of a license from the Arkansas Racing Commission.

The brand-new 350-million-dollar facility will be owned and operated by the Oklahoma Quapaw Tribe’s Downstream Development Authority, who are the parent of the Saracen Development company. According to the firm, they are looking to immediately move forward with construction plans for the casino.

In south Pine Bluff, a section of vacant land has already been allocated for the project, and tribe officials are hopeful the work will be completed and the venue open by 2020.

“Big day for my brothers and sisters in Pine Bluff and Jefferson County,” says John Berrey, the tribe’s chairman.

A Finger in Every Pie

The tribe operates a number of different casinos around the states. One is the Downstream Casino Resort which opened in 2008. It employs over 1,000 workers and sits not too far from the Missouri state line. Quapaw also run the Quapaw Casino in Miami on top of a number of other businesses; child care centers, gas stations, RV parks, cattle companies, a convenience store, museum, greenhouse project, and other ventures.

A constitutional amendment was approved by state voters in November last year, which saw the legalization of 4 casinos in counties throughout Arkansas.

Jefferson County only had Saracen Development as an applicant for a casino license. County officials, along with Pine Bluff’s mayor, all backed the plans put forward by the Quapaw Tribe, a compulsory part of the amendment.

“We are digging in, literally as we speak, to build a showcase of a resort that will supercharge the region’s economy and excite the people of Arkansas,” said John Berrey in a recent statement. Berrey also leads the Quapaw Nation Business Committee and is confident the casino’s construction will be finished in 11 months.

“We need jobs. I have college students from Philander Smith and UALR. They want jobs. Probably in August there will be job fairs. We’ve been having job fairs for construction workers,” he also added.

To get consumers and potential customers fired up in the meantime, the tribe has announced that they will open a separate facility for people to gamble at, while work is underway at the new site. Berrey announced that “In five months we’ll have our gas station with an annex which will have slot machines. We’ll have some food there.”

As well as the casino, the resort will include a hotel complete with convention center.

“We want to use this opportunity to not only add to our community back home but to uplift the community in Jefferson County and Pine Bluff,” says Berrey.

About the Quapaw Nation Tribe

The Native American Quapaw Nation had been residing in the southern and eastern parts of Arkansas since the early 1800s. Despite being a federally recognized tribe, and agreeing a treaty with the U.S. government in 1818 – they were forced to relocate to Indian Territory within Oklahoma and Kansas in 1834.

After losing their Kansas lands in 1867, the tribe decided to liquidate their reservation by giving away 240-acres to tribal members. It was also around this time when people adopted Peyote as a religion, however these days most Quapaws are of Christian faith. Every year they celebrate with a pow-wow, a festivity held at Beaver Springs Park in Oklahoma, where people perform tribal dances, sing, hold contests, and commemorate other American Indian traditions to honor the tribe’s fruitful history.