It’s a heartbreaking story that captivated the United Kingdom earlier this year. It also underscored the ongoing problem with gambling addiction.
In March, a man from the English county of Cornwall went missing. His wife, suspecting foul play, begged the media and the police to search for him. She told the media her husband would never willingly leave her or their three young sons. The police launched an extensive search and found his body in a remote wooded area. He had committed suicide because of his gambling addiction.

However, instead of retreating into her grief, Jowan Evans’ wife decided to talk about it publicly. She is hoping his story will encourage others to seek treatment for their gambling addiction.

Gambling Addiction in the U.K.

Researchers estimate that 9 million people in the U.K. gamble regularly. That represents about 15 percent of the population, which numbers approximately 66 million. Researchers note that more than 400,000 people are gambling addicts. Another 2 million can be considered problem gamblers. Of those 400,000 addicts, 55,000 are children under the age of 16. 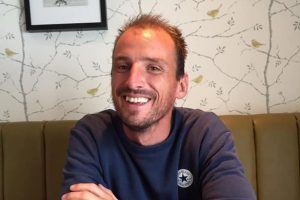 Jowan Evans went missing from a small town in Cornwall on a Sunday afternoon in March. The hardworking family man was 32 years old. He told his wife he was going for a walk, but he never returned. Jowan’s wife made a public appeal for people to look for her husband. She worried that something horrible happened because she did not think he would leave his family. Sadly, police found a body of a suicide victim the next day in a heavily wooded area. Jowan left a note. In the note, he said he could not fight the “monster” of his gambling addiction. He also said no one would miss him.

Only when authorities found the note did his wife find out about her husband’s online gambling addiction. He had managed to keep his addiction a secret from everyone.

Jowan Evans began gambling online as a hobby 10 years ago. This was before he married and had children. He tried to quit many times, but his addiction was too great. There were also very few warning signs for his family and friends. Jowan did not visit bet shops or bookies. He used his phone to place bets instead. Rather than trouble his family and friends, he worked overtime to cover his gambling losses. It was only when those gambling losses overwhelmed him that he committed suicide.

Jowan’s father is currently raising money to bring awareness to gambling addiction. The money will also fund programs to help people with their gambling addiction. According to GambleAware, an antigambling charity, 19 percent of problem gamblers have considered suicide within the past year. That is four times the level of the general population.

Jowan’s wife asked that people share his story to prevent more people from hiding their addiction. She wants people to understand that Jowan’s suicide has left a huge hole in their lives. She feels if addicts can get help for their addiction, they can return to their families. Gambling addicts have much to contribute to society.