Fewer and fewer people are using the U.S. Postal Service to send mail in the 21st century. But, apparently, there are still plenty of stamps to be had in the post offices in the United States.

A manager of a Louisiana post office stole more than $600,000 worth of stamps. He needed them to fuel his gambling addiction at a casino in New Orleans. 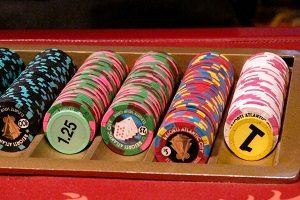 Unlike many states, gambling in Louisiana has been a part of the state’s culture since it was a French colony. French immigrants brought gambling with them when they came to Louisiana and card games remained immensely popular. Long after other states banned gambling with a wave of social reform policies, Louisiana still allowed it. This was especially true in New Orleans, where gambling halls operated well into the mid-20th century. After a brief pause during the social reform era, Louisiana passed a law in the 1990s allowing casino gambling again. Louisiana also allows video gaming terminals in small casinos throughout the state. It also allows betting on horse racing, which is nearly as old as the state itself.

At this time, authorities do not know when Ryan Cortez began stealing the stamps. Cortez is the manager of the post office in Kenner, La. Kenner is a suburb of New Orleans and close to the airport. An official from the postal inspector’s office noticed the theft. He or she saw a large number of stamps being sold online. PayPal and eBay tipped off the postal inspectors. The official then notified federal agents that someone had been selling a large number of stamps online. When the inspectors began checking, they found out what Cortez was doing. He had been gradually increasing his stamp orders to total more than $600,000 worth of stamps. This number did not equal the number of stamps sold at the Kenner Post Office.

During the investigation, authorities found much of the money went to a large casino in the heart of New Orleans. While there are three casinos in New Orleans, the largest one is Harrah’s, which is in the French Quarter. The investigation found that Cortez used the money he got from the post office stamp theft to gamble at the casino. He also embezzled hundreds of thousands of dollars from a Mennonite community.

The Mennonites, as well as some Amish, have been in the New Orleans area since the 19th century. There are two large congregations in the Greater New Orleans area. The Mennonites became well-known for their help during the massive relief effort after Hurricane Katrina devastated the city in 2005. Cortez, who was the treasurer of one of the congregations, embezzled thousands from the church to fuel his gambling addiction.

If convicted of all the federal charges, Cortez will receive a 10-year prison sentence. He will also receive a $250,000 fine on the stamp thefts. Postal inspectors called it one of the largest internal thefts of stamps in the history of the post office. Cortez faces additional state charges for the theft of money from the church he has belonged to for years. Neither the postal service nor the church had any idea when Cortez actually began his thefts. However, they estimate he had been taking money from the church and stamps for at least eight years.