PayPal has been accused of allowing compulsive gamblers to spend up to £150,000 per day, which prompts concerns that gambling addicts are utilizing PayPal to get around the limits established by traditional banks.

MPs and gambling experts called for PayPal to exercise more responsibility to stop gamblers from accruing colossal debt that could force them into bankruptcy.

The Department of Digital, Culture, Media, and Sport (DCMS) stated that the Gambling Commission could consider payment providers in its review of gambling with credit cards.

Psychiatrist and founder of the NHS’s only specialist gambling clinic Henrietta Bowden-Jones, stated: The first time I ever heard about a gambler using PayPal to pay for online gambling occurred about two weeks ago in the clinic when a young man came accompanied by one of his parents. The patient was 20 years old, with no savings. He had been online gambling, had reached his limit on his bank card but somehow managed to withdraw by direct debit £2,00 every few minutes to continue gambling whilst his parents were asleep next door. When they woke up the next day, he had lost £150,000. I was horrified when I heard that this had been a legitimate use of PayPal.” 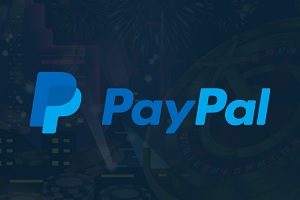 PayPal stated that it was “extremely concerned” to hear the payment service was used to fund “excessive online gambling.” PayPal also added that it reviewed its online controls and was making payment rules stricter.

Deputy labor leader Tom Watson stated that companies like PayPal needed to be “more responsible in identifying problem behavior and stopping gamblers from racking up huge debts through their service.”

Gambling therapist Liz Carter said a woman came to her clinic because of online gambling debt. Carter stated, “She said she did not feel like she was spending money, it was just like gambling credits.”

Liz Carter, a gambling therapist, said a woman came to her clinic about online gambling debts. “She said she did not feel like she was spending money, it was just like gambling credits,” Carter said.

Stephanie Bramley, a research associate at King’s College London, stated she heard of situations where students “essentially try to conceal their gambling behaviour from student support staff by transferring their student loans into PayPal and then using this as a method for payment for gambling.” 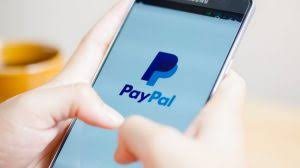 PayPal lets people transfer funds to anyone who have an email address. The system works because an individual’s PayPal account is connected to a credit card or bank account. People can use their PayPal debit cards to buy items at retail locations or online, or to withdraw money from an ATM or cash machine.

If an individual has a zero PayPal balance or does not have enough money in PayPal to cover the cost of a purchase, the balance will be taken from the individual’s bank account. If the PayPal account holder does not have a connected bank account, a credit or debit card will be charged instead.

Co-founder of Gamban and spokesman for gambling reform Matt Zarb-Cousin said” If you buy something through PayPal, it does not come out of your bank for 48 hours. There is a lag, and that lag is what Henrietta was talking about with the 20-year-old patient. The fact he had spent money he did not have.” Gamban is an app that blocks gambling websites.

Mark, 44, stated that he was a compulsive gambler and heard of people who spent too much money gambling through PayPal.

Mark stated, “PayPal has no limit on it with regards to gambling, so it won’t recognize previous transactions made until it’s too late…it’s a nightmare.”

A few months ago, Barclays became the first high street bank to permit patrons to block payments with specific types of retailers. The bank made this decision to stop problem gamblers from losing control and getting into debt.