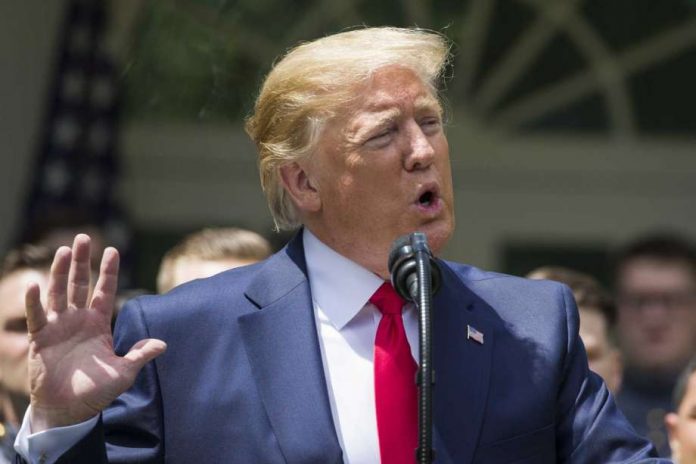 Trump’s Twitter tirades are the stuff of legends. In 280 characters or less, Trump has managed to insult and offend just about everyone, 365 days per year, for the past 3 years. But beneath his villainous vitriol lies an often overlooked truth: his inflammatory words are usually hiding his real motives.

In a recent in a long line of anti-tribal casino tweets, Trump mentioned a specific casino bill he is against, using a racist slur against his political opponent: “Republicans shouldn’t vote for H.R. 312, a special interest casino Bill, backed by Elizabeth (Pocahontas) Warren. It is unfair and doesn’t treat Native Americans equally!”

House Resolution 312 is an obscure House bill that would allow the Mashpee Wampanoag Tribe of Massachusetts to develop a casino on a specific parcel of land. But Trump has had a long-winded history of opposing tribal casinos, mainly because they provide direct competition to his own casino interests—most of which have failed over the years.

But rather than admit his failure as a businessman, Trump has a track record of blatant racist attacks on his political opponents, mostly when they back Indian casinos or tribal gaming. Trump’s opposition of the Foxwoods Resort Casino in Connecticut in 1993 led him to begin a public smear campaign against the tribe involved. According to the Washington Post, he said during interviews that “They don’t look like Indians to me,” along with similar quips like “I might have more Indian blood than a lot of the so-called Indians that are trying to open up the reservations” to gaming.

Trump has a history of publically railing against tribal casinos. In 2000, when New York State was in the process of expanding tribal casinos in the Catskill Mountains, Trump launched a storm of TV and print ads accusing the Mohawk Indian tribe of having mob connections and criminal records.

Federal investigators have strict policies regarding casino licenses, and despite their statements that nothing in the tribal casinos in question points to organized crime, Trump refused to relent. Using private funds along with his ally Roger Stone, Trump continued his public attacks and baseless accusations against the Mohawk tribe.

While Trump wasn’t held accountable for his blatant slander, he did receive a minor slap in the face in the form of a fine. Trump and Stone failed to report their ads against the tribal casinos as lobbying, as required by the state. State regulators slapped Trump with a $250,000 fine—their largest civil penalty ever—and forced him to issue a public apology.

But it seems that Trump isn’t as racist against Indians as he appears in his tweets and interviews. When it suits his business interests, Trump is happy to cut a deal with Indians. In 1997, he helped the Paucatuck Indian tribe of Connecticut obtain the federal recognition needed for a casino license. Naturally, he received a management fee in exchange for his efforts. But the last 20 years of Trump’s opposition to tribal gaming seems directly proportional to his failure as a casino mogul.

After a decade of investment and failure in Atlantic City casinos in the 1990s, Trump rallied against Indian casinos whenever it suited him. In a Congressional hearing regarding tribal casinos in 1993, Trump complained about unfair competition from Indian casinos.