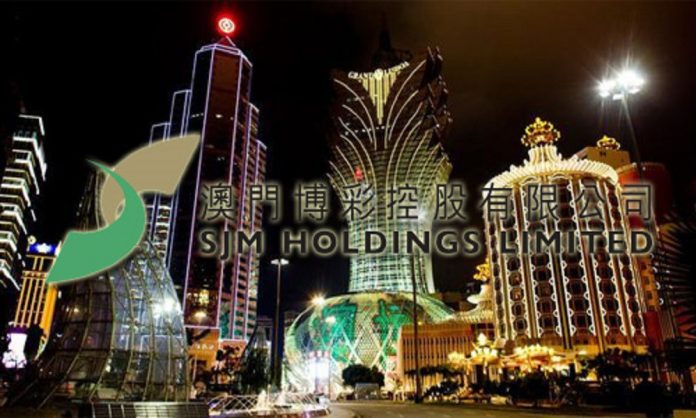 Billionaire Tycoon and pioneer of modern Macau Stanley Ho has stepped down as chairman of SJM Holdings, his last post in the company, finalizing his retirement. The 96-year-old Ho has largely been absent from day to day operations of his casino empire since taking a fall at his home in 2009, leading to multiple surgeries. 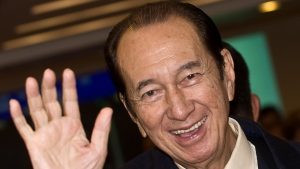 The larger than life legend had led a flamboyant public life, winning a 40-year government backed monopoly on the casino business in Macau that he built into an empire, fathering 17 children from four different marriages and facing accusations of malfeasance and ties to the Chinese mafia.

Much like now disgraced former CEO of Wynn Resorts, Steve Wynn, once known as the unofficial king of Las Vegas, has the vision to transform the Las Vegas strip in the 1990s, Ho, often referred to as the Godfather and King of Gambling is attributed with almost single handedly transforming Macau from a former Portuguese enclave backwater into a thriving modern, cosmopolitan gambling mecca. Ho’s companies invested not only in casino resorts but also the high-speed ferries that today link Macau with mainland China, boosting both tourism and profits.

As of his retirement, his multibillion dollar empire spans some 19 casinos in Macau alone. His daughter, Daisy Ho, now 53, will take over his roles together with Angela Leong, SJM’s second largest shareholder and Ho’s second wife, who will co-chair the position of executive director.

As Ho’s health faded, family squabbles intensified for control of the empire. In 2011 a dynastic tug of war was played out on the public stage after Ho was forced to sue members of his second and third families, including Pansy and Daisy Ho, asserting that shares in SJM Holdings investment vehicle Lanceford were issued without his consent.

The Family spat drove down SJM’s share price some 16% amid the uncertainty, until Leong stepped in to smooth the waters and convince Ho to drop the suit.

Shares in SJM, which is publicly traded on the Hong Kong Stock Exchange, jumped 11% on the news of Ho’s retirement, as investors rewarded the company for beginning to simplify its labyrinthine management structure.

At the same time, however, his departure leaves the company somewhat confused, as with no clear direct successor in place, the door remains open to an internecine family power struggle.

“While Ho hasn’t been involved in the operations for many years, we can’t help but think that the proposed board structure is a bit messy,” said JPMorgan Chase & Co. analyst DS Kim in a note as reported by Bloomberg. “This complicated structure, in our view, leaves room for a potential power tussle within the board, given the lack of clear control.”

With so much as stake, the possibility of infighting and intensified sibling rivalries remains very real.

While the partnership with Australian billionaire James Packer’s Crown Entertainment ended, Menlo Crown, a competitor to SJM, went on to become publicly listed on NASDAQ in 2006. City of Dreams Macau was to follow in 2009 before Lawrence opened the company’s first international resort, City of Dreams Manila in the Philippines.

Melco Crown also held a controlling interest in Tigre de Cristal, an integrated resort in the Primorye Integrated Entertainment Zone in Vladivostok, Russia built in 2015, but just last month Lawrence Ho dumped his shares in the venture to focus on the potential of picking up a casino license in Japan, a market worth an estimated $15 billion per year, were the government to move ahead on the issue.

“Rarely do you find a first-world country like Japan with the infrastructure, tech and people already in place, yet the potential still so big,” he told Nikkei Asian Review in a recent interview. “I had high hopes for Russia,” he continued. “If things are more transparent, operate more internationally, I’d love to go back one day, assuming Russia is not enemies with the country that I want to be in.”

Ho’s daughter Pansy, long seen as the heir apparent to the dynastic throne, after coming in short in the family squabble in 2011 was quick to change sides and partner with MGM China, where she remains co-chairman.

As a result of the defections and infighting, SJM, once the preeminent revenue driver in Macau, has lost ground to its rivals. Not only has MGM moved to gobble up market share, the Las Vegas Sands Corporation and Galaxy Entertainment Group have begun taking ever larger slices of the regional pie, pushing SJM back into second place in driving Macau revenue.

After the MGM Cotai opened last February, SJM, who had underestimated the value of Cotai and was slow off the mark, has been left behind with its Grand Lisboa Palace on the strip looking to open only in 2020, giving competitors a distinct advantage in the meantime.

It was Ho’s connections that led Galaxy Entertainment to receive its Macau casino license, but in his absence and amid the swirling family squabbles, Galaxy is now poised to challenge SJM as the Macau forerunner and unofficial king. Galaxy chairman Lui Che Woo is now in the position to go head to head with Leong, Lawrence and Pansy Ho to accede to the throne as the undisputed face of Macau gambling.