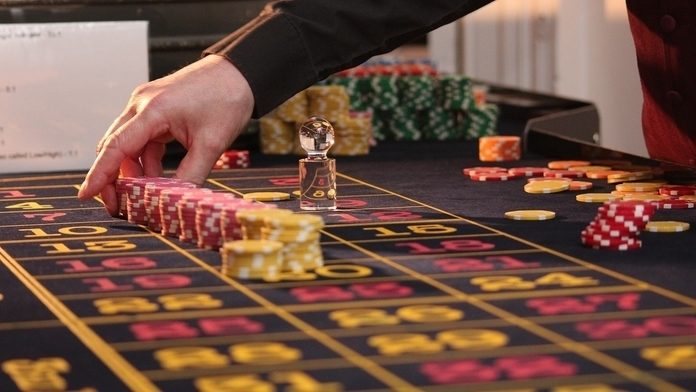 Casinos are a fascinating source of stories, myths, and legends, with tales from all over the world to thrill and amaze. If you’re ready to hear some crazy stories, read on to discover some interesting facts that you almost certainly didn’t know about gambling.

Anyone who’s ever seen that iconic FedEx van driving down his or her street will probably be blissfully unaware that if it weren’t for gambling, the company would have gone out of business years ago. Frederick Smith, FedEx’s founder, was running out of money in 1973, and decided desperate times called for desperate measures. He flew to Vegas and risked the remaining $5,000 in the company’s coffers. Amazingly, he won $27,000 playing blackjack and managed to keep the company afloat.

2. You Can Ban Yourself Voluntarily from Casinos

Perhaps the last thing that any dedicated gambler would want to do is voluntarily ask casinos to refuse to let him or her play. However, some states actually permit people with a gambling problem to willingly ban themselves from entering their gambling establishments. However, there’s no changing your mind later. If you commit to a lifetime ban, you’ll never be able to visit your favorite gambling den again.

3. Monaco’s Citizens Are Banned from Gambling in Monte Carlo 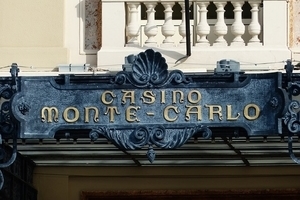 Everyone knows the famous Monte Carlo casinos – paradise for gamblers from around the world. However, if you’re a citizen of Monaco, you can’t actually enter them. In the 1800s, Princess Caroline passed a law stating that citizens were forbidden from gambling in the casino, insisting the only revenue to be generated should come from foreign players. On the upside, however, citizens are exempt from income tax, so they can use the money they save to play online!

4. The First Slot Wasn’t Found in A Casino

If you thought the first slot machine must have been in an early casino in Las Vegas, think again. The first machine of its type was created in 1895 by Charles Fey, and it certainly wasn’t in Las Vegas, or in a casino. The Liberty Bell slot machine was in Fey’s San Francisco auto shop. It gave customers something to do while they were waiting for their car to be repaired. However, its popularity spread, and they were eventually introduced to casinos as a way of occupying gamblers if the tables were full.

5. Casinos In Las Vegas Capitalized on The Atomic Bomb

In the early 1950s, the U.S. Department of Energy started testing nuclear weapons just north of Las Vegas – a spectacle that left huge mushroom clouds over the casinos of The Strip. However, Vegas, in truly spectacular style, capitalized on it, offering specials at the casino bars on atomic cocktails and holding a beauty pageant, Miss Atomic Energy!

Nevada and casinos may be synonymous, but I bet you’ll be surprised to discover that Nevada’s state prison hosted its own casino for more than 30 years. Inmates were allowed to enjoy poker, craps, and blackjack. Sadly, for the prisoners, it was shut down in 1967.

One of the more bizarre game names, craps, may have derived from the word “crabs.” Hazard, an old dice game from Great Britain, was very similar to today’s craps game. It came to be called rolling snake eyes “crabs,” and as the game spread to New Orleans in the 1700s, the mix of English- and French-speaking punters worked its magic to create the new game known as craps.

8. Las Vegas’ First Casino License Was Awarded to A Female

Intriguingly, the first license for a legal casino in Las Vegas was awarded to Mayme Stocker. The respected mother and wife opened her own casino, the Northern Club, in 1920. It offered five legal games – draw poker, stud poker, bridge, 500, and lowball poker.

9. Smallest Casino in The World Is Found in A Cab 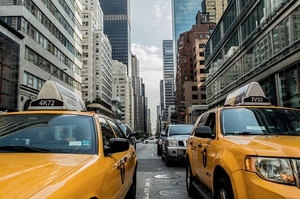 The smallest casino in the world has no fixed address and is only small enough to accommodate a couple of players. Grosvenor Casino’s mobile casino travels the streets of London in the rear of a black cab. It features a dealer, gaming table, TV with a sports channel, and even a bar. It allows riders to travel anywhere in the city, as long as they make a donation to charity. Or, alternatively, they can take a free ride to the casino itself.

10. Some Gamblers Don’t Even Stop to Use the Restroom

Some gamblers are so addicted that they won’t even take a break to use the restroom. Some have confessed that they pee on the floor rather than give up their winning streak, or even wear adult incontinence diapers so they don’t have to leave their slot machine or table. In 2007, a gambler at an Indiana casino filed a formal complaint that he had accidentally sat down on a chair that was soaked with urine.

In the United States today, there are very few places left indoors where you’re permitted to light up a cigarette. Casino gaming floors are a rare exception to the rule. However, in tests carried out to find out what effect a smoking ban had in casinos, the University of California San Francisco discovered that the number of ambulances called to casinos with a smoking ban actually dropped by a fifth.

Although they may be called “penny slots,” don’t be fooled. These are the casinos’ most profitable games. The recession during the early 2000s was responsible for the increasing popularity of these slots, which allow gamblers to just wager a penny in order to play. Many casinos feature more penny slots than any other type.

13. First Interracial Casino in the United States Didn’t Open Until 1955

In the 1950s, there was still a lot of racism in the United States, and Las Vegas was no exception. One example of the rampant racism was when Sammy Davis Jr., the legendary singer, swam in a hotel pool in the city. Afterward, the management of the hotel drained it! Another example was singer Lena Horne being permitted to perform at a Vegas hotel and even allowed to stay overnight. However, the following morning, her towels and bedding were burned. When the Moulin Rouge hotel and casino opened in Las Vegas in 1955, it was the first interracial premises in the city. This appeared to be a historic advancement. But, sadly, it didn’t last long. The establishment was shut down mysteriously after it had only been open for just under five months.

If you’ve ever wondered why most early slots feature images of fruit, it’s because the earliest slot machines from the 1880s dispensed fruit-flavored chewing gum. They also gave out tokens that were designed to be swapped for cigars and drinks before they started to pump out real coins. 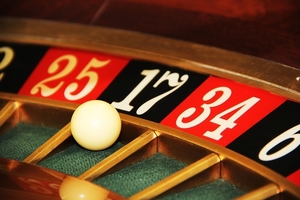 There has always been plenty of superstition involved in gambling. However, the Number of the Beast appears in all casinos that have a roulette table. When all the numbers on the wheel are added together, the total is 666!