Well before it was legal to gamble in the city, it was common knowledge that several forms of gaming took place. Gamblers, who were primarily from Philadelphia, knew Atlantic City’s reputation. Atlantic City was the place Philadelphia residents would visit to enjoy gambling opportunities that were unavailable in their hometown. Gambling was a way to combat boredom and made everyday living a little more interesting. Atlantic City offered various forms of gambling from formal venues to penny games and other small games of chance. 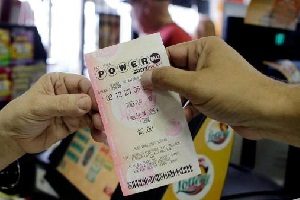 The most popular gambling activity was playing numbers. This was the forerunner of what is now known as the lottery. Each day, three numbers were released. Bettors could play one number, two numbers or all three. Atlantic City residents could go to local candy shops, cigar stores and newspaper stands to place their bets each day.

Horse race betting was second in popularity. Residents went to bookie joints for this activity. The bookie joints were disguised like legitimate businesses and conducted legal transactions as a front. Bettors could gamble on races occurring all over the United States. A number of Atlantic City bettors followed racing forms known as the New York Telegram and the Armstrong. Gamblers could also find bookies to bet on college football, baseball, and boxing.

Atlantic City also offered high class gambling. These types of games took place in popular nightclubs around the city. Bettors could play black jack, poker, roulette, craps, and wheels of fortune. Venues that recieved significant revenue from gambling include Club Harlem, the 500 Club, Babettes, Little Belmont, and the Bath and Turf Club. The gambling practices in these facilities were so well-hidden that patrons visiting the restaurant section of the building sometimes assumed that men continuously going to the back were simply going to the restroom.

In decades past, gambling in Atlantic City was just as much for natives as it was for tourists. It was well known that the city was the place to go for a day of gambling fun that wasn’t available in other cities.

The Legalization of Sports Betting 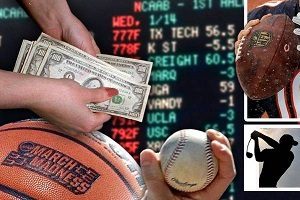 When sports betting became legal in Atlantic City, two more casinos opened in 2018. This was a surprising turn of events, since the two casinos were introduced to the city after a six-year period of no new casinos. Most people thought sports betting would heavily compete with casino activity. 2018 also marks the 40th anniversary of casino gambling in Atlantic City.

Of course, there were several victories and complications that went into the achievement of this milestone for Atlantic City. One of these factors is how gambling in Atlantic City came to be so popular.

New Jersey had been under construction for a while when legislators decided that building casinos in Atlantic City was a good idea.

Before the casinos could operate according to the law, New Jersey citizens had to officially request the casinos. Therefore, a referendum was added to the 1976 ballot to propose casinos in Atlantic City. Fifty-seven percent of voters in New Jersey stated they wanted a casino in the state. The first casino opened in May of 1978. It was called Resorts International, and there were lines blocks long of gamblers who were ready to try their luck. About a year later, Caesars Boardwalk opened and was the second casino in Atlantic City.

Before 1978, it was only legal to gamble in casinos if you were in the state of Nevada. In May of 1978, New Jersey made history when it became the first state to follow Nevada’s footsteps by offering legal casino gambling. However, New Jersey casino gaming was only legal in Atlantic City. To date, 28 states now have land-based casinos. However, there are two states, Utah and Hawaii, in which gambling is not permitted in any form.