If you ask a group of people what the best movie ever made was, you’re likely to get a variety of answers. There are several lists that rank the best movies of all time. Of course, this sparks a debate among people who prefer different movie genres. However, there are some sequels that make the list of great movies as well. In many cases, the sequels are considered better than the original movie. Some sequels brought in a whole new fan base for the movie franchise. These sequels also made the characters and settings in the movie so popular that they have become cultural symbols. Which movies deserve to be on the “best sequels” list? Here are a few nominations.

The Empire Strikes Back 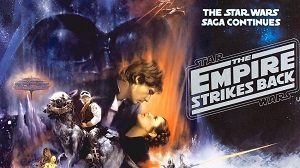 This movie, also known as Star Wars: Episode V–The Empire Strikes Back, is an American classic. The film was produced in 1980 and is a space opera directed by Irvin Kershner. Lawrence Kasdan and Leigh Brackett wrote the movie’s screenplay. The story was written by George Lucas; he was also the film’s executive producer. The Empire Strikes Back is the second movie in the Star Wars trilogy, and was produced for Lucasfilm by Gary Kurtz. Stars of the film include the late Carrie Fisher, Billy Dee Williams, Frank Oz, David Prowse, Mark Hamill, Anthony Daniels, and Kenny Baker.

The movie is set three years after Star Wars: The Galactic Empire. Darth Vader, the film’s villain, is in power. Vader, along with the Emperor, are trying to capture Luke Skywalker and the other members of the Rebel Alliance. Vader will stop at nothing to defeat the Rebel Alliance, which includes Han Solo and Princess Leia Organa. The villain pursues them across the galaxy while Skywalker is studying the Force under Jedi Master Yoda. Vader captures members of the Rebel Alliance and Luke has to decide whether he will save his friends or compete his training.

The movie initially received mixed reviews. Since then, it has grown to be the most beloved film in the Star Wars franchise. In 2010, The Empire Strikes Back was chosen for preservation by the United States Film Registry. The selection was made by the Library of Congress for its significance in history, culture, and aesthetics.

This Batman movie sequel was released in 2008. The film was directed by Christopher Nolan and was based on the ever-popular DC Comics character. In the movie, Christian Bale, who plays Bruce Wayne, forms an alliance with Police Lieutenant James Gordon (played by Gary Oldman) and District Attorney Harvey Dent (played by Aaron Eckhart) to dismantle crime in Gotham City. However, things don’t go as planned with Batman’s nemesis, the Joker (played by the late Heath Ledger) shows up. The Joker wanted to downplay Batman’s positive influence on Gotham City and incite chaos. The villain is seemingly successful until Batman’s modern take on being a superhero saves the day. 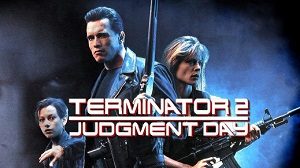 Science fiction fans often regard Terminator 2 as one of the best sequels of all time. The movie was released in 1991, and was directed and produced by James Cameron. The film was created years after the original Terminator, which made its debut in 1984. Stars of the film include Linda Hamilton, Edward Furlong, Robert Patrick, and of course, Arnold Schwarzenegger. It follows Sarah Conner and her son, 10-year-old John. John is protected by a less powerful Terminator that is sent back in time, just like the original Terminator. Sarah and John are then pursued by a Terminator with more advanced evil capabilities. The new Terminator is shapeshifting and is made of liquid metal. This Terminator is also sent back in time to destroy John Connor and prevent him from growing up to be the human leader against the Terminator resistance.

The Godfather Part II is the second movie in the Godfather saga. The original Godfather was released in 1974. The movie was directed and produced by Francis Ford Coppola; Mario Puzo wrote the screenplay. Robert De Niro and Al Pacino were the first film’s stars. The Godfather Part II was loosely based on Mario Puzo’s novel The Godfather, which was published in 1969. The Godfather sequel also serves as a prequel. There are parallel dramas in the film. One scenario tells the 1958 story of Michael Corleone, who becomes the Corleone mob family’s new Don. The movie depicts how Corleone seeks to protect his family after an attempt was made on his life. The prequel of the film shows the journey of Vito Corleone, Michael’s father. The Godfather Part II shows Vito’s life in Sicily as a young boy, and how he started the family enterprise after moving to New York City.

Indiana Jones and the Temple of Doom

This 1984 movie is still a favorite among Indiana Jones fans. The adventure film was directed by Steven Spielberg. The sequel came three years after the original Indiana Jones movie, Indiana Jones and the Raiders of the Lost Ark. In The Temple of Doom, Jones arrives in North India and is commissioned by the village to find a mysterious stone. Indiana Jones accepts the challenge. On his quest, he encounters a Thuggee cult offering to honor the goddess Kali. George Lucas, who produced and co-wrote the movie, decided that the sequel would actually be a prequel. He didn’t want to depict Nazis as the villains in the movie a second time. 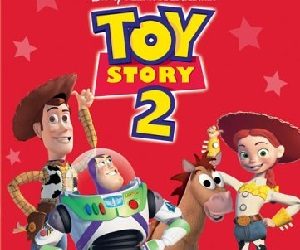 The original Toy Story debuted in 1995. It is a computer animated film produced by Pixar and released by Walt Disney Pictures. Toy Story is often credited as the movie that made Pixar famous. Toy Story 2 was released in 1999, and was directed by John Lasseter. The film was also co-directed by Ash Brannon and Lee Unkrich. In the sequel, a toy collector takes Woody. This prompts Buzz Lightyear and his toy friends to rescue Woody. However, Woody is tempted by the concept that he will be immortal if placed in a museum. Toy Story 2 also introduced new characters, including Mr. Potato Head, Barbie, and Jessie. Toy Story 2 was supposed to be a direct-to-video sequel, but has instead become a cultural hit.

X-Men 2, also known as X2, is a superhero film that made its way to theaters in 2003. The sequel is based on the X-Men superhero team, made popular by Marvel Comics. The film was distributed by 20th Century Fox and is the second installment in the X-Men franchise. Michael Dougherty, Dan Harris, and David Hayter wrote the movie; Bryan Singer was the film’s director. The plot of the film was inspired by “God Loves, Man Kills,” a graphic novel. In the movie, the X-Men and their nemeses, The Brotherhood, come together to fight Colonel William Stryker.

Shrek 2 continues to be a popular computer animated comedy with children and adults, even though the movie was released in 2004. The film was produced by DreamWorks and is the second in the Shrek series. The first Shrek movie came out in 2001 and featured the celebrity voice talents of Mike Meyers, Eddie Murphy, Cameron Diaz, Antonio Banderas, and Julie Andrews. Shrek 2 had the second largest three-day opening weekend in American history when it was released. It was also the largest opening for an animated movie until 2007, which Shrek the Third surpassed it.