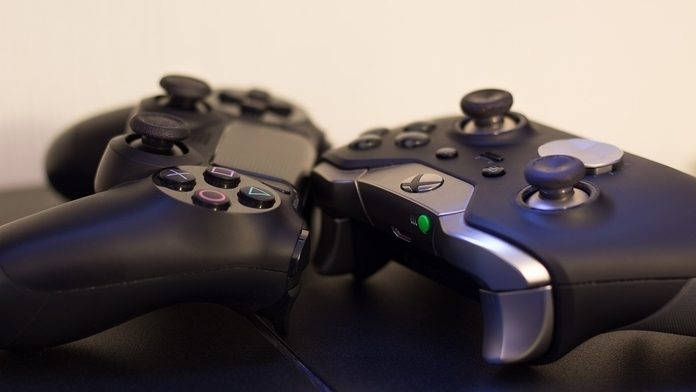 We know that online gambling is a very big business. Whether you enjoy playing virtual roulette or slot machines for real cash prizes or placing a wager on a hand of poker, you certainly do not need to actually go to a real-world casino to indulge yourself. Many online casinos have been launched into the gambling marketplace in recent years. However, what about the punters who don’t have a smartphone or PC but only a gaming console?

Around 200 million people enjoy playing social casino titles that involve punters competing for virtual credits in a social environment rather than playing for real cash in online casinos. While many of the players who play these games use smartphones to access their favorite games, there are a few options that can be accessed through PS4 and Xbox consoles.

Unfortunately for those who prefer to use consoles over PCs or mobile devices to get their gambling fix, the options are a more limited than you might expect. In fact, the greatest amount of choice can be found by accessing online casinos through the PS4 or Xbox’s inbuilt web browser. Some software manufacturers, however, have started to acknowledge the gap in the market and have begun to release casino gaming titles for console players to enjoy.

The good news about console casino titles is that, although they are limited in range, their display and graphics are outstanding, and the feel and appearance of the games offered on both Sony and Microsoft’s consoles are unrivaled in quality.

Although mobile and online casinos offer numerous titles for the other gaming platforms, the games available for PlayStation and Xbox consoles are quite limited because of issues with their platforms. However, there are some tried and tested casino games that have proven popular among enthusiastic gamblers.

This has proven to be a very popular game on  PS4 console. Allowing a player to choose his or her own avatar, the player can customize his or her own look using the game’s many features before entering the virtual casino. The mobile and online casino offers all of the top real-world options, with table games, such as blackjack and roulette, a great selection of slots and bingo together with impressive promotions.

One of the best features of this game is its social aspect. Essentially, this title is an MMO based in a casino, giving players all the interactive fun of this style of gaming.

Again, this title is available on both PS4 and Xbox One and harnesses the potential of both of these cutting-edge consoles to the max for an amazing gaming experience. This multiplayer game allows punters to interact with fellow players, and it is even possible to enter a tournament. From the talented team behind Pure Pool, this casino game has some of the best graphics of any casino game for the Xbox One or PS4 and because it has full multiplayer online support, players can even create and join in tournaments with up to eight other players.

This game from 505 Studio has earned the reputation of being one of the top Simulation Casino games out there. With its real-feel graphics, Prominence Poker is really a cut above. The downside, however, is this: As the title suggests, poker is the only option available to play here.

This game has also turned out to be a favorite. But, it doesn’t offer quite as impressive a player experience as many of the other options on this list. Where it does excel, however, is in offering players a great range of games to pick from.

If you only have an older console, Poker Night 2 is a great choice for you. Available for the Xbox 360, this title from Telltale Games gives punters the chance to play poker against some famous video game characters, such as Ash and Sam Williams, in a fully 3-D environment.

There are several different difficulty settings and game modes to pick from, and there are many different items that can be unlocked through gameplay, such as card decks, poker tables, and even new character skins. It’s a fantastic choice for anyone who is just learning how to play poker since it gives you the chance to practice in a safe and interactive environment.

Xbox 360 players can also try their hand at an older title, Casino Nights, which is a complete gambling-themed game. Created by GZ Storm Games, this title gives a player the chance to try his or her hand at slots, blackjack, and Texas Poker, giving a person who is relatively new to gambling the opportunity to learn the basics and practice his or her skills before going to a real-world casino and placing his or her first wager.

Full House Poker is one further option that can be downloaded to the Xbox from the Microsoft Xbox Games Store. Allowing players to play poker against friends online, it also has a real social element, allowing players to compete with real-world players from across the globe.

Unfortunately, while these console titles are a brilliant way of spending a few hours enjoying your favorite casino games, they lack one essential element that draws us all to gambling – the opportunity to make real cash. However brilliant the gameplay, or cutting edge the graphics, nothing can really beat that thrill of scooping a real money jackpot in a game.

Yet, until Sony and Microsoft agree that real-money gambling games can be released on their marketplaces, the only option that is open to console gamers who want to gamble for hard cash is to register for an online casino, log on through the console’s integrated web browser, and start playing!

The Future of Console Gambling

For seasoned gamblers who are hoping that in the future they may be able to make some real money from software titles on their Xbox or PlayStation, there could be some good news on the horizon. A gaming provider known as Kambi has begun talks with Microsoft about supplying native gambling games that will be accessible from the new Xbox Two platform.

It’s likely that online casino titles available through the Xbox console would prove to be extremely popular with punters of all kinds, and it’s rumored that 3-D slots could be the first kind of casino online game to appear on consoles.

It’s clearly just a matter of time before one of the many online casinos out there realizes the potential of the new console technology and launches a gaming title that will give players what they’re looking for – the opportunity to enjoy the graphics and gamer experience of their favorite console paired with the chance to win life-changing sums of cold hard cash.