Home » USA Online Casino Blog » How “Me Too” Started

The Me Too Movement, also known as #MeToo was started by Tarana Burke, a community organizer, and social activist. Burke began using the phrase in 2006. It was a way to help members of the community feel more comfortable sharing their stories of sexual assault. The movement now has many international and local offshoots. #MeToo has also given several celebrities the courage to reveal that they were sexually assaulted or harassed. Actresses Alyssa Milano, Uma Thurman, Ashley Judd, Gwyneth Paltrow, and Jennifer Lawrence began using the hashtag. This helped bring more awareness to the issue of sexual assault. It was shocking for many to find out about the abuse many celebrities experienced in the workplace. Since the movement became widespread, more women have made their experiences public via social media and interviews.

Who Is Tarana Burke? 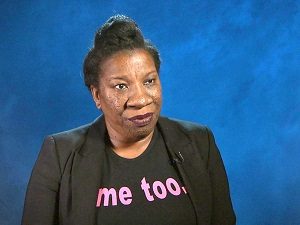 Burke has been working for social justice for over a decade. She began using the phrase “me too” on the MySpace social network platform in 2006. The phrase was a way to make young girls in underprivileged communities feel more comfortable reporting sexual abuse. Burke stated she created the name for the movement after a 13-year-old girl confided in her about being sexually abused. Burke stated that she didn’t know what to say to the girl at the time. She wished she had responded with “me too.” She shares that when she saw the Me Too hashtag was becoming increasingly popular, she started to panic. Burke felt that if the movement became extremely popular, it would “overshadow” the hard work she’d done.

The popularity of Me Too increased when actress Alyssa Milano tweeted it. She did so to bring attention to the way women were being treated in Hollywood. This dispelled the notion that Milano created the phrase. Burke stated that she was glad the movement was getting more attention. However, she wanted to emphasize that #MeToo was more than a hashtag. She wanted to use it as a conversation starter that could hopefully help to keep more girls and women safe. Burke also created a documentary called “Me Too” for release in 2018.

Many other hashtags addressing sexual violence were also started by women of color. To name a few: #YouOKSis, #WhatWereYouWearing, and #SurvivorPrivilege. These hashtags began to become more popular in mainstream media. Black female media figures tweeted that credit should be given to Tarana Burke for starting the Me Too Movement. Alyssa Milano eventually began directing her social media followers to Burke’s story. Milano tweeted that she was “made aware of an earlier #MeToo movement.” She prompted people to learn more about Tarana Burke by providing a link to the MeToo Inc. website. Burke shares on the website that the movement started from the “deepest, darkest place [in my soul.]” 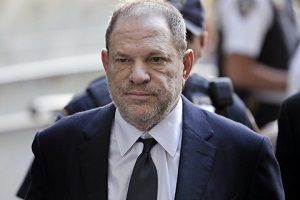 The Me Too Movement became popular internationally after allegations of sexual misconduct were filed against Harvey Weinstein. Weinstein is a former film producer and is credited with creating the movie powerhouse company Miramax. The New Yorker and the New York Times reported Weinstein was accused of sexual assault by more than 12 women. These women stated that Weinstein had assaulted, harassed or raped them. After these allegations, several women in the film and entertainment industry came forward, accusing Weinstein of similar crimes.

Harvey Weinstein was arrested for “rape, criminal sex act, sex abuse and sexual misconduct for incidents involving two separate women.” He was later released after $1 million was posted for his bail. After his release, Weinstein was required to wear an ankle monitor and surrender his passport. Weinstein’s lawyer, Benjamin Brafman, stated that Weinstein would not plead guilty for the crimes. Weinstein has been married twice. His first marriage to Eve Chilton ended in 2004; the couple had three children. He was married to fashion designer Georgina Chapman three years later. Chapman, who had designed clothing for many of the actresses in Weinstein’s movies, left Weinstein following the sexual assault allegations.

The month Weinstein was arrested, playwright David Mamet completed a play called Bitter Wheat to address Weinstein’s allegations. The play was set to open in London. Mamet said that he would consider taking the play to Broadway if it was successful in London. Bitter Wheat was created to bring even more awareness to the horror of sexual assault. However, the production is sure to stir controversy. Mamet wrote another play, Oleanna, that addresses sexual assault, in 1992. However, it is clear that Mamet is on the man’s side in the play. The production is about a professor who has an affair with one of his students. The student later turns on the professor, accuses him of extortion, and ruins him professionally. According to the New York Post, Mamet is a “brave soul” for creating this play amidst the Me Too movement. Actor John Malcovich is set to portray Weinstein in the play.

The Me Too Movement in Restaurant Culture

According to a GQ article, men were made increasingly more aware of sexual harassment as a result of #MeToo. Men were also interviewed to discuss ways that changes can be made to the culture in several industries. It is common knowledge for many women in this industry that personal boundaries are often crossed. In many restaurants, people work long hours, and many restaurants have bars. This means alcohol is involved in several sexual assault incidents. The Me Too movement led to several famous chefs and restauranteurs being held accountable for their actions. Celebrity chef, former TV host of the Chew and business owner Mario Batali stepped down from many of his positions. He has been accused of sexual assault. Ken Friedman, a successful restauranteur based in New York was also exposed. It was believed that Friedman had an area nicknamed the “rape room” in one of his West Village eateries. John Besh, a celebrity chef based in New Orleans, also stepped down from his leadership roles after sexual assault allegations.

Men and the Me Too Movement 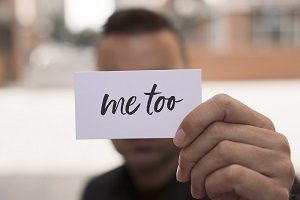 Incidents of sexual assault are not as commonly reported among men. However, there are also some male celebrities who can relate to the Me Too movement. Actor Terry Crews recently shared that he was sexually assaulted. He shared his story while speaking to the Senate Judiciary Committee. Crews shared that Adam Venit, a WME agent, assaulted him. The actor says that “toxic masculinity permeates culture,” and that he was told that his experience was not abuse. Crews also shares that the assault he experienced was just a joke. He is not considered an abuse survivor because he is a man. California Senator Dianne Feinstein asked Crews why he didn’t retaliate or defend himself at the time of the assault. Crews responded by saying that he only had “a few shots at success” as a Black man living in America. After being suspending for 30 days, Venit started working at WME again. Crews’ case against Venit was denied because there was a lapse in the statute of limitations.

These and the countless other stories from celebrities and non-celebrities show that sexual assault and abuse is a huge issue. Supporters of the Me Too movement hope that more people will come forward and get the help they need. Me Too advocates are hopeful that incidents of harassment and assault will be reduced as victims become more vocal.