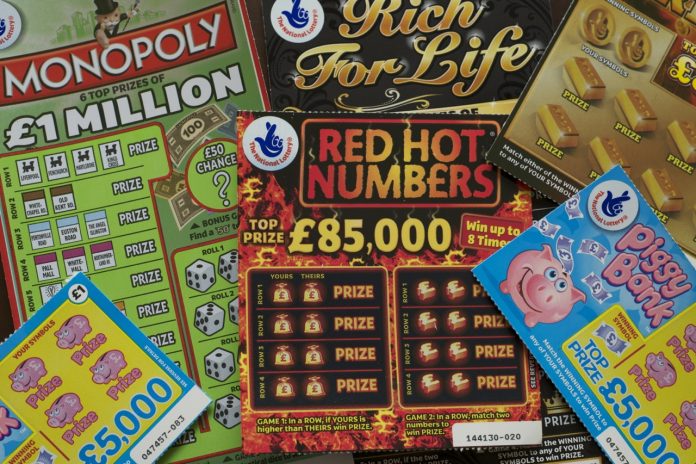 Some casino games can be played with a strategy to give a player an added advantage, but even though some people have been able to win blackjack using a cheat sheet — most games simply can’t be cracked no matter what you do.

In land-based casinos, there are security cameras monitoring the gaming floor from every angle, while the croupiers and dealers have been fully trained to recognize any signs of cheating when a player walks up to the table. Even online casinos and gambling sites use special algorithms that prevent players (as well as the operators) from rigging the games these days.

But what if you could cheat your way to becoming a millionaire with a scratchcard? It might sound impossible given that only a handful of winning tickets are ever manufactured, and even more so because they are supposed to be distributed at random. In 2003, a geological statistician from Toronto named Mohan Srivastava debunked beliefs when he created a system that proves scratchcards aren’t as arbitrary as people think.

One night while waiting for some files to download to his computer, Srivastava began playing some scratchcards he had lying around his house. The first card he played and lost, but on his second attempt he managed to win a small sum on a tic-tac-toe card. This second ticket was the one which got him wondering how they are made. 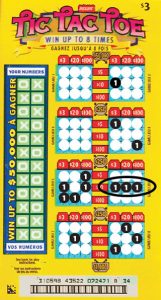 Knowing that the manufacturers mass-produce scratchcards and how they only ever make a certain number of winning tickets, Srivastava went out and bought several more and began to conduct further research on their layout and how they are made. Eventually, he found a flaw in the design and after finding the same fault on other scratchcards, he was able to develop a system that could pinpoint crucial information without even touching the ticket.

Srivastava discovered that if a number appeared once in the numbers visible down the side, it would appear under the latex coating that needed to be scratched off almost every time. These numbers are called singletons, and if a card has three of these singletons numbers on the same row — it’s practically guaranteed to be a winner.

Srivastava was able to back up his theory when it worked on 90% of the cards he tested. When he chose to report the flaw to the Ontario Lottery and Gaming Corporation, all of the tic-tac-toe scratchcards were retracted from stores in Canada immediately. But after investigating similar tickets from other manufacturers, Srivastava later claimed that his method could be used to crack several different cards including Pick-4, bingo scratchers, and even lottery-based games.

Each one had the same design flaw, and some were sent to him from Colorado to decipher if they too worked with the same algorithms as the others. He found that the patterns were also evident in these cards and cards from outside the continent, which proved that his alarmingly accurate findings still hadn’t put a stop to them being made.

Why Didn’t Manufacturers Pull the Rest?

After revealing a secret such as this, you would think that the manufacturers would immediately cease production of these tickets. Srivastava quite rightly did too, but he then established that there was nothing that they could actually do about it.

As much as scratchcard makers want people to believe that these tickets come entirely down to chance, they can’t ever be made to be truly random because they always need to make sure there is a set number of winning tickets. If there weren’t any kind of algorithms used, there would be no way to regulate or control these numbers.

It’s because of these algorithms that bright sparks like Srivastava were able to exploit the flaws in these types in the first place. As there are only certain types that work with these exact patterns, however, there are many scratchcards out there that are near enough impossible to crack — even for Srivastava.

How You Can Use the Singleton Method 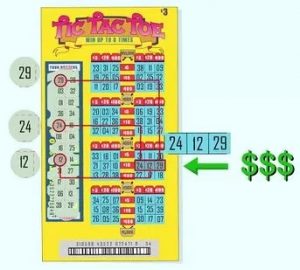 Even though you don’t have to be a statistician to use the Singleton method, it does only apply to a certain type of scratchcards — known as “extended play” scratchcards. This means that you will only be able to apply Srivastava’s theory to tickets where you need to scratch off the numbers and match them up to other numbers that are already visible. It’s these numbers which are on display that is key to whether or not the card is a winning ticket.

The most difficult aspect of using the Singleton Method is the fact that you can’t always see this information before you buy them. If the cards are locked away behind the counter or out of reach, it’s not easy selecting, let alone knowing which one has an extended play feature. In addition, some cards may be winners, but you might find that the reward or payout is only a couple of dollars instead of a coveted million-dollar jackpot. 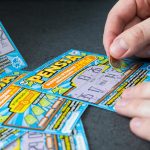 Using this system, you may be able to establish that some scratchcards are winners. As exciting as this prospect may appear, it’s worth knowing that even Srivastava decided it wasn’t worth his time and money in the end. As a consultant already earning over $600 a day, he deemed it to be quite a tiring exploit; he would need to travel from store to store and spend at least a couple of minutes cracking each card individually in order to see any return on his investments.

Plus, it’s important to remember that his theory only worked 90% of the time, which still means a lot of losing tickets in between…

The odds may always be stacked against us when it comes to scratchcards and lotto tickets, but humans are hopeful and persevering creatures, and it’s unlikely we’ll ever stop playing games of chance any time soon. Particularly if there is the prospect of winning a life-changing sum of money!