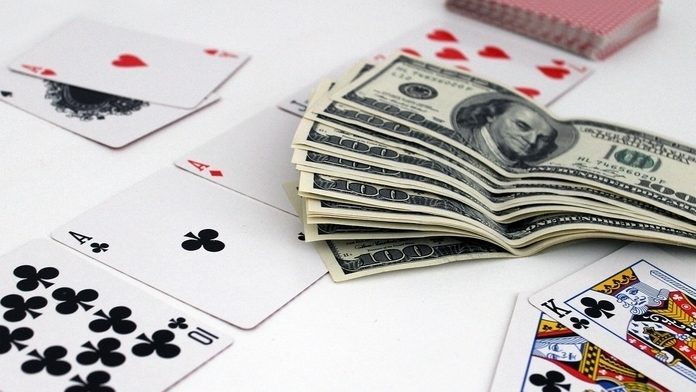 Poker is one of the most popular games in any casino, whether brick-and-mortar or virtual. However, there are several variations, and Omaha Poker is one. Omaha Poker took its inspiration from the popular Texas Hold’em poker game, with four “hole cards” being dealt to each player that belongs solely to them. There are also five community cards that are dealt onto the board with their faces up by the dealer during the game. In Omaha Poker, every player has to use three community cards and two hole cards to come up with the best possible five-card hand, with no more or no fewer cards.

There are three kinds of Omaha Poker games:
• Fixed Limit – As you can guess, this variant has a specific limit on betting applied to each betting round and each game.
• No Limit – Players are permitted to wager any amount they choose, even all their chips if they want.
• Pot Limit – Players are permitted to bet the amount that is in a pot. This form is the most commonly played of the three.

The Basic Rules of Omaha Poker 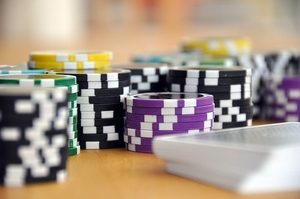 When playing any of the variations of Omaha Poker, the basic rules are pretty much the same, although the betting structures differ.

In No Limit and Pot Limit games, we refer to games by their blind size. So, as an example, an Omaha game with $1/$2 has a $1 small blind and a $2 big blind. The betting will commence with the player who is at the big blind’s left.

Every player has four cards dealt to him or her, and the betting action will proceed in a clockwise direction around the gaming tablet. It begins with the punter who is “under the gun.”

Once the player has seen his or her cards, he or she can then choose to play his or her hand by either raising or calling the big blind. Action will begin on the big blind’s left, which will be “live” in the round. Players can either raise, call or fold. So, if, for example, there was a $2 big blind, calling costs $2, and raising costs $4. The action moves around the gaming table clockwise and betting will continue with every round until all the players who remain active have all placed equal wagers into the pot.

After the initial betting round is finished, the “flop” will be dealt on the board, face up. This is the first three community cards that will be available to every active player.

Once the flop round’s betting action has finished, the turn will then be dealt face up on the board. This refers to the fourth community card. A further betting round then starts.

Once all betting action has been finished on this round, then the river will be dealt face up onto the board. This refers to the fifth and final community card. The last betting round will begin.

If more than a single player remains after the completion of the last betting round, the last player who raises or bets will show his or her cards. If there is no bet made on the last round, the player who is immediately clockwise to the button will show his or her hand first, followed by the other people playing in order. The one who has the best five-card hand will win the pot. When there are identical hands, the pot will be divided equally among those players.

Once the pot has been awarded, players can then begin a new game of Omaha Poker, moving the button on clockwise around the table.

Exceptions to The Rules of Omaha Poker 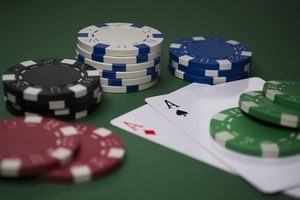 Because there are three different variations of Omaha Poker, there are a few rule variations, although the basic game will remain the same. Here is a quick overview of the variances.

When playing Pot Limit games, the amount of the minimum bet is identical to the big blind. However, players are permitted to bet to the pot size.

The minimum raise amount has to be a minimum of the last raise or bet in that round. For example, if the first player bets $4, the second player has to raise by a minimum of $5 for a $10 total bet.

The maximum raise amount is the pot size, i.e. the active pot total, as well as all the bets that are on the table together with the amount that the player calls before he or she raises. So, if, for example, the pot size is $100 with no prior action on the betting round, the player can bet up to $100 maximum. Following the bet, action will move around clockwise, and the next person can either call $100, raise an amount between $100 and the max or fold.

When playing Pot Limit, no cap exists on the number of raises permitted.

When playing No Limit, the minimum amount of bet is identical to the big blind. However, players are permitted to bet whatever they like, even all their chips.

When playing No Limit games, the minimum raise amount has to be a minimum of the previous raise or bet in that round. So, for example, when the first player bets $5, the second player has to raise $5 minimum (a total $10 bet).

A Further Version of Omaha Poker

There is one more variant of Omaha Poker that is found in many online casinos. This is called Omaha 8 or Omaha Hi/Lo. In this version, although the basic rules remain the same, there is a small difference. The pot is split between the lowest and highest hands, which gives a new feel to the game.

If you have never played Omaha Poker before and are keen to try it for yourself, it is always a good idea to try playing for free at an online casino before you wager any money. This will allow you to get a feel for the game and to try out different strategies and learn the rules properly before you finally place a wager and start playing the game properly for real money.