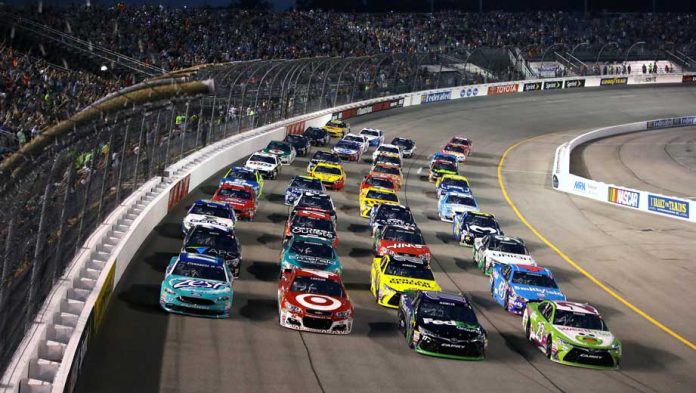 NASCAR is a sport that is becoming more popular among gamblers around the world, and most online sportsbooks now offer punters the chance to bet on the two biggest racing series – the Sprint Cup Series and the Nationwide Series.

If you compare NASCAR to Formula 1, it is a better choice. For a start, there are more races in each season (17 to 19 in Formula 1, whereas the Sprint Cup usually has 36 and the Nationwide Series has 35). This ensures more opportunities for betting and better competition further into the year. Also, because NASCAR is a lot more competitive than other racing series, many different drivers are winners each year. This makes the odds higher for all drivers, presenting more interesting and exciting betting options.

What Do You Need to Know Before You Bet On NASCAR?

Before being able to bet successfully on NASCAR racing, you’ll need to have a good understanding of the lead up to the race and how the days before it can affect the event. Most sportsbooks will post their odds for NASCAR at the start of the week, and once the lines have officially opened, the teams then run their practices and qualifiers.

During the practices, the teams and drivers prepare their vehicles for qualifying, getting them fine-tuned in preparation to race. Since qualifying and practicing are so vital, sportsbooks will remove their NASCAR betting odds from the board before the qualifying rounds so they can update them and repost them on the day of the race. 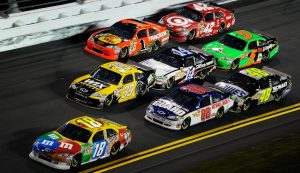 The qualifying runs are key to the race’s outcome. While starting position is important, it can be relative depending on the track being used. Those that have only a single racing groove make the positioning crucial, since passing other race cars is very difficult. A multiple-groove track means that position isn’t so important.

The pit stall selection is as important as qualifying position since the driver who wins pole position can pick his or her choice of pit stall first, followed by the person who qualifies next, etc. Some pit stalls are better than others, and, therefore, this is a key factor in determining the winner. Usually, the team that wins pole chooses the last pit stall because this means the car can drive off immediately when the jack is dropped rather than having a car in front of it. This makes all the stops much quicker.

Research the track that is being used before you place a bet on any NASCAR race. This will tell you more about whether starting position is going to be essential or whether passing is likely to be easy and pit lanes are likely to be wide. 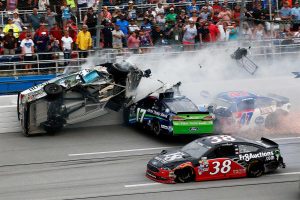 The teams will have several practice sessions every week. The speeds achieved, including the best average speeds and fastest laps, will be posted for the public. The practice sessions will generally be broadcast for anyone who is keen to watch and get more information to form his or her wager, and during the practice sessions, interviews will be held with the various drivers and crew chiefs who may provide essential information about the vehicles to be raced. While considering practice speeds, it is very important to pay close attention to the speeds for the final practice, or Happy Hour. This is the last chance for the teams to dial in their vehicles for the day of the race and provides the best indication of who will do well.

This final practice is key. It is not just the final opportunity for the teams to ensure their vehicles are handling properly, but it is also the practice session that is being run closest to the conditions experienced on race day. Weather plays a vital role in the speed a car can achieve during the race and setting the car up for those specific conditions makes a big difference. If the track temperature drops, the tires will be able to grip more firmly, allowing lap times to get faster. But, if the temperature rises, the cars will lose any grip as the tires get hotter. Therefore, paying attention to the weather conditions when the practice sessions are held can help you to determine what is likely to happen on the day.

The Secret to Successful NASCAR Betting

The secret to successful NASCAR betting is knowing the different bet types available and which are likely to offer you the best odds and best chance of winning. 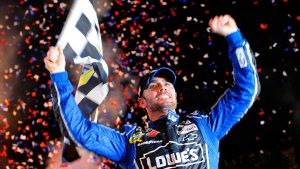 This is probably the most common type of NASCAR bet and is self-explanatory. Punters pick the driver that they think is most likely to win and bet on him or her. The best idea is to place bets on two or three drivers in each race. The key is to take three drivers with different NASCAR betting odds – say, for example, the favorite driver who could be at 5/1, a slightly less popular driver who could be at 12/1 and then one long shot at 30/1. This way, if you wager the same amount on each driver, you’ll take home a profit if any of the three are winners – sure, the profit will be small if it’s the 5/1 driver, but if it’s either of the others, you’ll get a good cash-out.

There are two main types of matchup bets – the standard matchup and the head-to-head. A head-to-head, as you might expect, requires the bettor to decide which of the two will finish highest. The standard bet involves three or more drivers, and five to six is more the norm, although the end goal is identical. This can be a tricky bet to win on since the sportsbooks usually pit the most closely matched drivers against one another. The best way to give yourself a good chance of success is to always choose the one with the highest odds. 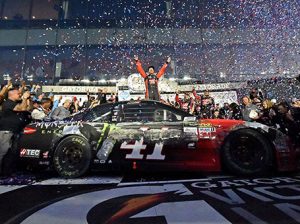 Futures bets are generally offered by sportsbooks on the future winners of the Nationwide Series and Sprint Cup Championships. Some may also offer this type on the Camping World Truck Series. Depending on the site, the futures odds could be posted only a couple of days after the last season ended, while on other sites, it will be only a few days before the new season begins. Some books will also close futures bets as soon as the season has begun while others will keep them open much longer, continually updating the odds. The disadvantage to this type of betting is that this is a very long-term bet, and it could realistically be almost a year before your bet finally pays off. If you’re a serious handicapper, it makes sense to limit your futures bets to just 1 percent of your bankroll since it will be tied up for a long time.

While it may not be an actual definitive winning strategy, avoiding the unpredictable is certainly one way of limiting your losses. There are some tracks that are so unpredictable you should avoid betting on any of their races. Unless you’re feeling brave. Also, it’s probably wise to avoid betting on plate tracks since the level playing field they create can lead to dangerous pack racing and wrecks that, in turn, can lead to a wildly unpredictable outcome.