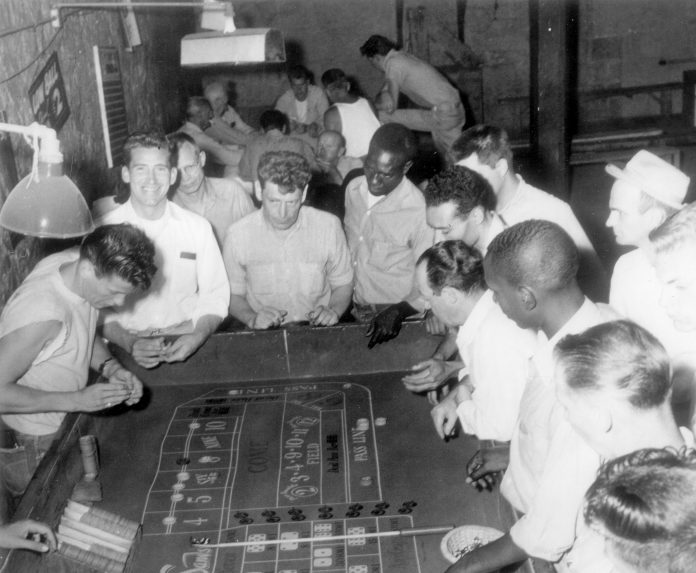 Vice and distraction are a necessary part of life in a cage. Films depict prison inmates shooting furtive glances down darkened hallways, keeping an eye out for the bulls. Meanwhile, a group of prisoners gambled in hushed tones using dice, cards, matchsticks, or anything else they could muster on the inside. They gambled for cigarettes, favors, and even postage stamps.

Nevada State Prison was established in Carson City in 1862 as a high security penitentiary serving the Nevada Territory. Early prison labor gangs used stone from a nearby quarry to build and expand the casino, and later helped build the Nevada State Capitol building when Nevada became a U.S. State in 1864.

The original building was burned down and rebuilt twice and had its share of prison breaks and changes of wardens. But it soon became infamous as the sole site of executions in Nevada. Prisoners waiting on death row in other Nevada towns were brought to Nevada State Prison for execution, which was carried out first by hanging, later by firing squad, and finally, in the gas chamber.

Before its closure in 2012, Nevada State Prison was one of the oldest prisons in the U.S. in continuous use. But this notorious prison had yet another distinction. It housed the only prison casino in U.S. history.

Gambling became legal in Nevada in 1931. The state’s silver deposits had all but dried up, and the vast majority of the state was made up of desert lands, so farming wasn’t possible. When disaster struck in the Great Depression, the timing could not have been worse for Nevada, which was right in the middle of building the Hoover Dam, which would feed Lake Mead in Nevada and become the primary source of water and hydroelectric power in future Las Vegas.

While thousands of unemployed workers flocked to help build the dam, Nevada could not generate the funds to pay the workers. The answer to the state’s dwindling income came in an unexpected form: legalized gambling. Since most of Nevada’s major settlements bordered states where gambling was illegal, Nevada soon became the go to spot to scratch the gambling itch. 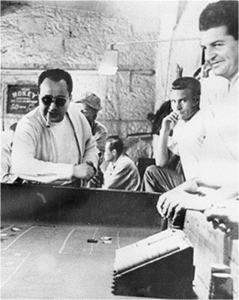 While early mobsters like Bugsy Siegel were busy setting up casinos in Las Vegas, another group of criminals were setting up their own casino in Carson City – in the prison.

Gambling was now legal everywhere in Nevada, but that doesn’t mean the prison casino was technically ‘legal.’ It was never issued a gaming license or recognized by Nevada gaming authorities. It was simply tolerated and largely ignored. If there was no trouble in the casino like cheating or fighting, the warden turned a blind eye.

Another benefit of the prison casino was the house ‘take.’ A percentage of the gambling proceeds was set aside in a general fund for the inmates’ welfare. This balanced out the ‘vice’ with a bit of public good.

The prison casino hosted casino classics like blackjack, craps, and poker. Eventually, sports betting was added as well. Over the 35 years of the prison casino’s existence, it was tolerated by the various wardens who came and went. Most wardens thought it was a healthy distraction for the inmates.

The name ‘prison casino’ was not what it was called during its day. Prisoners preferred to call their gambling den the Bullpen; and the name stuck. The original casino operated out of a windowless solid rock room carved from the sandstone around the prison. It was later moved to a larger building with all the trappings of a casino on the outside. Bookies, card dealers, and casino security jobs were all filled by the inmates themselves. 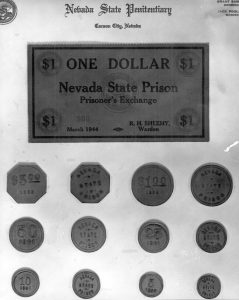 Any casino keeps the cash off the floor and behind a cage while players use casino chips. Since there was no cash handled within the prison walls, the inmates were issued their own chips in denominations of 5c, 10c, 50c, $1, and $5. These chips were labeled with the Nevada State Prison seal and the denomination. Inmates could use their winnings as currency in the NSP prisoner’s exchange to purchase necessities.

These days, the Nevada State Prison casino currency is considered a rare and valuable collectors’ item, with some of the ‘chips’ fetching hundreds of dollars each.

Cheating was not tolerated in the Bullpen, and prisoners rarely violated this cardinal rule. If the bullpen violated this rule it would be shut down by the warden. And the poor cheater would likely need to be transferred to another prison for his own protection.

This peculiar type of honor among thieves kept the prison casino chugging along for more than three decades. But as they say, all things must come to an end. And the Bullpen was eventually the victim of changing attitudes and changing wardens.

The casino grew in importance in the lives of the men who operated it and enjoyed its recreational facilities. It became so well-known in its heyday that it received visitors from outside the prison, such as state officials or Kiwanis Club members.

Naturally, state officials could call the casino trip a ‘fact-finding mission’ to check up on how the Bullpen was contributing to the welfare of its prisoners. Many state and local politicians thought the casino was a good idea and a necessary distraction for the prisoners.

Leaders thought the casino kept the prisoners busy and out of trouble, which would cut down on everyday violence. Prisoners wouldn’t bother rioting if they were waiting on a card to fill a flush.

But one fateful day, a change in wardens resulted in a death sentence for the Bullpen. In 1967, a new warden named Carl Hocker came to NSP after a previous stint in the California penal system. He brought with him the mindset of California at the time, which was decidedly anti-gambling.

“I think gambling in prison is a degradation, and it’s certainly not constructive,” Warden Hocker stated. “We’re trying to replace it with constructive, wholesome activities that will contribute to a decent, healthful state of mind,” Hocker said at the time.

Once again, gambling was given a bad rap by those in charge. Instead of a casino, the warden created alternative, more ‘wholesome’ activities for the inmates. Prison recreation soon consisted of chess, volleyball, ping pong, and bridge. 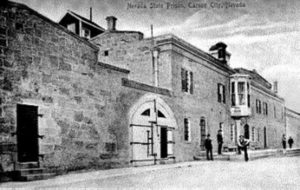 But the final nail in the casino coffin was rumors of a prison riot originating in the casino. The truth of the matter was not made public and stayed behind locked doors. But soon legislators introduced a bill to outlaw the outlaws’ prison casino.

And with that, Warden Hocker ordered the closure of the Bullpen forever. Decades later, the entire prison shut down in 2012. Modern prison facilities with higher capacities were built, and the old Nevada State Prison in Carson City would incarcerate no more.

Long before the coronavirus was even heard of in Nevada, one casino was on permanent ‘lockdown’ for 35 years. But during the life of the prison casino known as the Bullpen, thousands of inmates got to while away their sentences in a real live casino.