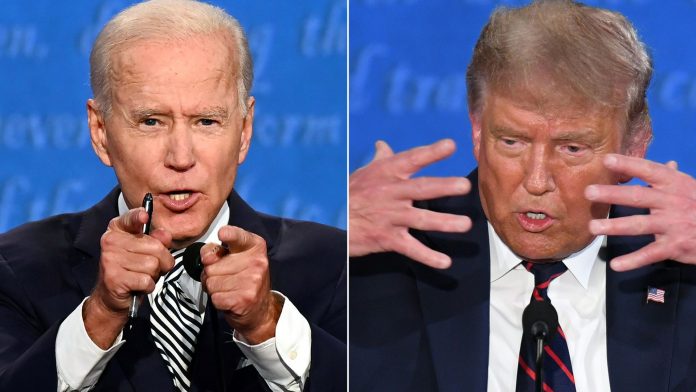 According to OddsChecker, most bets are in favor of Joe Biden winning the 2020 U.S. presidential election. In a chart provided by those crunching the numbers, we can clearly see the up and down public opinions on both candidates.

Both Biden and Trump are true believers in the gaffe, and half the time, nobody can believe what either candidate is saying. But on closer inspection of the odds charts, Biden jumped from nearly null approval to equal footing with Trump in March 2020. Coincidentally, this was the time of Trump’s biggest gaffe, where he stuttered and stammered his nonsensical misunderstandings of the coronavirus, which many believe placed America as “Number 1” in coronavirus casualties.

But Biden has uttered some doozies as well, and at times his detractors say he hasn’t got a snowball’s chance in Hell of beating Trump. But the Euro-cash is on Biden, according to the gambler’s picks. European gamblers have bet over $150 million on Biden as the winner.

According to odds checker Pete Watt, the numbers fluctuate wildly and don’t follow a predictable pattern. He cautions bettors not to count Trump out just yet.

“The gap between Trump and Biden in the betting markets is getting closer in size to the one that has existed in the polls for months,” Watt said, “but Biden’s fondness for a gaffe coupled with the learnings of 2016 suggest that to write off the president would be to do so at your peril.”

Polls showed Hilary Clinton in favor of the win in 2016, and in fact she beat Trump by 3 million in the popular vote. But then there’s the controversial electoral college system, which allows states with a clear population deficit to throw their weight around in Washington.

The electoral college is the wild card that trumps (so to speak) any popular election results. When an individual state wins most of the popular vote, all its electoral college votes (ranging from 3 to 55) go to the winner. Many Americans despise the electoral college, which gives undue weight to states with more farms and livestock than people. The original idea of the electoral college points was to give under-represented states more weight. One might argue that this defeats the point of democracy, but that’s another story. 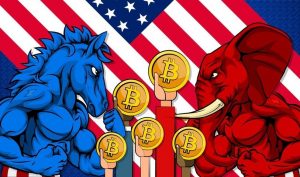 Looking at the Trump vs Biden popularity chart is like looking at a volatile cryptocurrency market chart. The ups and downs are so irregular that it seems like both candidates have an equal chance at completely screwing up. Trump survived the impeachment process in spite of being considered an unfit president.

It remains to be seen which candidate will screw up the most, resulting in a presidential loss. Because that’s how we pick our leaders these days in America. But don’t worry, Trumpets. If the president loses, he swears he will refuse to leave.

Maybe Europe should take odds on the squatting president. People will bet on anything these days.