Unfortunately, injuries and death are common when it comes to horse racing. This is why some animal welfare advocates say that the sport could be humane, but a number of changes have to be made. Animal rights activists say that horse racing is not a matter of danger or cruelty. Instead, these activists say the issue is whether humans have a right to use horses for their own entertainment. Those who are in support of animal rights claim that horses have a right to live the way they choose, and that they shouldn’t perform based on human preferences. 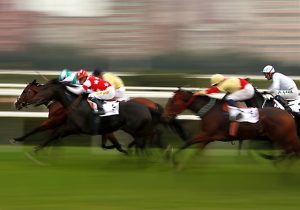 Horse racing is a sport, but it’s also a lucrative industry. Unlike other sports, horse betting is supported by legalized gambling. There are a few exceptions to this. However, for the most part, states that allow horse racing also permit gambling and another name for pari-mutuel betting. This is explained as:

The entire money bet on the event goes into a large pool. The holders of winning tickets divide the total amount of money bet on the race (the pool), after deductions for tax and racetrack expenses. The money takes out is similar to the rake taken out of the pot in a poker game played in the card room. However, unlike the small rake in poker, in the pari-mutuel pool this “rake” can amount to 15 – 25 percent of the total prize pool.

In a number of states, bills have been seriously considered and even passed in some cases that allow racetracks and other types of gambling. These bills also protect racetracks from being in competition with casinos. Since gambling has become much more accessible in the last few years because of new land-based casinos and online gambling games, racetracks don’t have as many customers as before.

An article in the New Jersey Star-Ledger published in 2010 stated:

This year, the Meadowlands Racetrack and Monmouth Park will lose upwards of $20 million as fans and bettors have migrated to tracks in New York and Pennsylvania with slot machines and other casino games. Pressure from Atlantic City casinos has prevented the “racino” model from taking hold here, and the tracks have suffered. Daily attendance at the Meadowlands routinely hit 16,500 in its first year. Last year, the average daily crowd was under 3,000.

To counter the losses, horse tracks have been lobbying for permission to have slot machines, or casinos in some cases. Sometimes, the slot machines are government owned and operated and a cut of the proceeds is reserved for the racetrack.

It’s easy to wonder why a government body would express concern about supporting horse tracks instead of allowing the racetracks to go out of business like other gambling industries. Every racetrack is a multi-million dollar business and supports hundreds of employment opportunities. This includes veterinarians who care for the horses when they are sick. The veterinarian also provides checkups for the animals. Horse breeders are also employed by the racetrack to produce horses that are particularly beautiful, strong, and fast. Farmers who grow the feed and hay that horses need for nutrition, blacksmiths for horseshoeing and of course, jockeys, are also employees of the racetrack.

The financial backing behind racetracks is the reason horse tracks are still in business. This is despite the concerns of animal rights activists concerning animal cruelty. These activists are also concerned about the morality of gambling. They are skeptical about gambling because of gambling addictions as well. 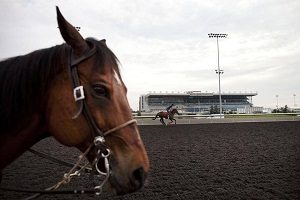 Those who are in favor of animal rights say that animals have the right to be free. This means that animals should not be used for human entertainment, exploitation or in some cases, consumption. Activists say that this is the case regardless of whether the animals are being treated well. According to animal activists, horse racing is immoral, since the horses are bought, sold and trained for racing. This is a violation of the animals’ rights. Slaughter, cruelty and accidental injuries and deaths are among the additional reasons that those in support of animal rights don’t feel that horse racing is morally sound. PETA, one of the most well-known animal rights organizations, says that there are certain precautions that horse trainers, breeders, and racetrack owners can take. PETA says that these precautions can reduce death and injuries but the organization still opposes the practice of horse racing.

The position of those who are in favor of animal welfare is that there isn’t anything wrong with the practice of horse racing itself. However, these individuals do feel that more should be done to keep the horses safe. According to the Humane Society of the United States, the organization isn’t against all types of horse racing. However,  society does oppose dangerous and cruel practices against horses. 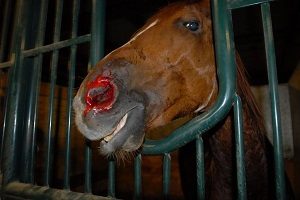 “One study on injuries at racetracks concluded that one horse in every 22 races suffered an injury that prevented him or her from finishing a race, while another estimated that 3 thoroughbreds die every day in North America because of catastrophic injuries during races.”

This indicates that pushing a horse to its limits and forcing the animal to run around a track multiple times are enough to cause injuries or accidents. However, there are other practices that make horse racing cruel and dangerous.

It is also important to note that horses are often raced when they are younger than three years old. Younger horses have weaker bones, and this can increase the chances of bone fractures. When the horses aren’t able to race and have been injured too many times, this can lead to euthanasia. There are instances in which horses are drugged so that they can continue to race when they are injured. The animals are also given performance-enhancing drugs at times. Jockeys whip the horses sometimes when the horses are close to the finish line to make the animals speed up. The tracks that the horse’s race on are also made of packed dirt that can be hard on the horses’ hooves; these tracks are more dangerous than grass racetracks.

The Ultimate Form of Abuse

The worst abuse is the kind that most bettors don’t know about: horse slaughter. According to an Orlando Sentinel article published in 2004:

“To some, horses are a pet; to others, a living piece of farm equipment. To the horse-racing industry, though, the thoroughbred is a lottery ticket. The racing industry breeds thousands of losing tickets while looking for its next champion.”

Just as farmers often don’t have the funds to care for hens that are getting older and have laid all their eggs, racetrack owners can’t pay for feed consistently while continuing to lose horses.

Tragically, even the horses who win races aren’t exempt from being slaughtered. The Sentinel article states:

“Decorated racers like Ferdinand, a Kentucky Derby winner, and Exceller, who won more than $1 million in purse money, were retired to stud. But after they failed to produce champion offspring, they were slaughtered.”

There are rescue groups that are dedicated to saving retired horses, but their efforts are often not enough. Breeders say that slaughtering horses is a necessary part of the business. However, this practice wouldn’t be necessary if breeders stopped breeding.

As far as animal rights activists are concerned, jobs, money, and tradition are powerful factors that allow the horse racing industry to continue to thrive. These activists can’t justify the suffering and exploitation of animals. Even though there are advocates who make ethical arguments that oppose horse racing, it’s likely that horse racing, which is already becoming less popular, may go out of business on its own.