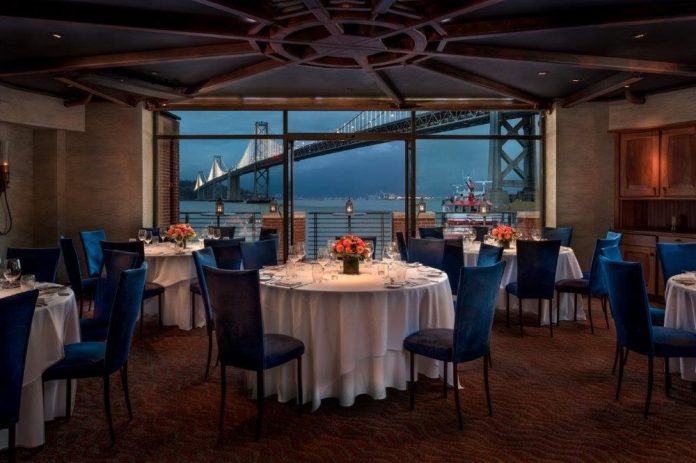 San Francisco, SF, the City by the bay, has long been as famous for its incredible array of dining options as it is for its Golden Gate Bridge and cable cars.

From the straight out of Oaxaca ethnic Mexican cuisine of the Mission District, to the fresh off the boat sea food of Fisherman’s Warf, San Francisco’s Pacific Rim location has long made it a melting pot of mixed tastes and sensual delights.

Add to that the howling vibe rooted in the Beat generation in North Beach, throw in a hearty dose of techno yuppie hipster foodieism, mix well with the traditional elitism of Nob Hill and the Presidio, throw in a tea spoon of ageing Height-Ashbury hippieism, add a cup full of China Town, a dash of South of Market alternative swing, a sprinkling of South Beach cool, a pinch of Castro flair and it’s easy to see why, with such a cornucopia of ingredients to work with, San Francisco attracts some of the most creative and innovative chefs in the world.

An oasis of culinary innovation

By definition San Francisco is a culinary aficionados dream, the ultimate melting pot of diverse tastes and Avant-guard styles.

At the edge of a continent heavily influenced by its Spanish traditions, South and Central American immigrant culture, Japan and the Asia-Pacific region across the sea, and the history of America’s westward expansion, San Francisco presents itself as an open oyster does a pearl when it comes to creativity in fine dining.

Thanks to the lushness of the vast agricultural region of the Central Valley to the East and its bountiful harvests, Napa and its vineyards to the North, the luxuriant Santa Cruz mountains to the South West and bounty of the Pacific Ocean to the West, few cities could be better placed to offer up the ideal palette of fresh ingredients to fuel a master chef’s wildest creations.

Boasting 41-one, 7-two and 7-three Michelin star restaurants among an amazing wealth of other culinary delights, San Francisco’s eclectic nature, vibrancy and diversity are all reflected in the quality of its cuisine. As a center of art, culture and innovation, the City presents itself as a stage upon which some of the most cutting edge culinary masters of our age compete to titillate the taste buds of restaurant goers from all walks of life.

Of course, Michelin stars equate to exceptional quality and the choices of Michelin star restaurants in SF are simply amazing. From small, intimate bistros and posh, exclusive clubs to avant guard eateries designed to bring high culinary culture to the masses, the City’s Michelin starred restaurants offer up a smorgasbord of choices.

After nearly a decade of tutelage under Thomas Keller at the three Michelin star Napa Valley restaurant The French Laundry, Corey Lee opened Benu in 2010 in the South of Market district of San Francisco. This three-star Michelin restaurant in SF is known for its elegant New American cuisine, which offers up a delicate mix as diverse as America itself, influenced by both Cantonese and Korean culinary traditions.

The restaurant is designed in a Zen-like, minimalist style and provides diners with a 19-course tasting menu Tuesday – Saturday, featuring a wide selection of seafood and vegetables, a sprinkling of meat courses and a light selection of sweet dishes.

Awarded three Michelin stars in 2017, chef Erik Anderson offers up a seafood based, 11-course tasting menu in which each plate is a masterpiece in and of itself.

Noted for its impeccable service and delicate, lightly subdued atmosphere, Coi, which is part of the Daniel Patterson Group of restaurants, brings diners a relaxed California ambiance mixed with all the refinement of French colonial South East Asia.

Founded in 2002 by David Kinch and named the best restaurant in the United States by Forbes magazine, Manresa was awarded three Michelin stars in 2017.

A famed farm-to-table restaurant that deploys only the freshest local ingredients, Manresa professes to New American cuisine which draws its influences from Knich’s time in some of the world’s most prestigious kitchens; Hotel de la Poste and l’Espérance (France), Akelare (Spain), the Schweizer Stuben (Germany) and Maurice Restaurant at Hotel Parker Meridien, La Petite Ferme, and The Quilted Giraffe (New York).

Featuring cuisine centered around an open wood fire, Sasino’s 22-course tasting menu is focused on evoking specific tastes from locally sourced wild foods that reflect the microclimates in which such foods were grown or raised.
Having become a SF three Michelin star restaurant in 2014, Saison is owned and operated by chef Joshua Skenes and sommelier Mark Bright.

Owned and operated by chef Thomas Keller, the three Michelin star restaurant The French Laundry was officially dubbed “the best restaurant in the world, period” by The New York Times. The French Laundry offers two, 9-course tasting menus that promise to never use the same ingredient more than once and draw on the contemporary American influences on French cuisine.

Located at the Meadowood Golf Club in the idyllic Napa Valley, The Restaurant at Meadowood is a cosy yet posh three Michelin star fine dining establishment known for only showcasing the highest quality, locally sourced ingredients.

Utilizing an intimate, 8-table dinning room to present her “poetic culinarian” cuisine, two Michelin star chef Dominique Crenn presents a multi-course tasting menu that focuses on creative French cuisine that is known to be some of the most visually, textually and conceptually cohesive in the world.

With two seating’s per night at long, wooden communal tables, the two Michelin star Lazy Bear accentuates the simpler side of elegance that takes the stuffiness out of fine dining. Intended to replicate a dinner party atmosphere, the Lazy Bear views fine dinning as a social as much as a culinary experience.

After earning a second Michelin star in 2015, Commis has gone on to become one of the most sought after, moderate fixed-price dining experiences in the Bay Area. Intimate and elegant, the 28-seat dinning room offers up a simple chic that is accentuated by the artistry of the dishes prepared in the open kitchen.