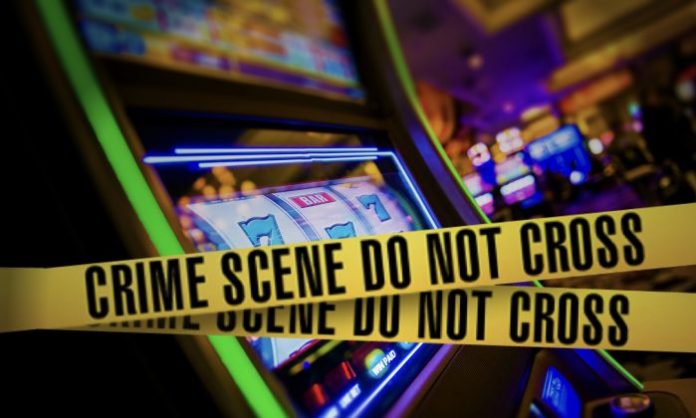 Knight’s headless body was found in a campsite outside of Billings, Montana, in November 2017. The head of the victim was found only 30 feet away under a pile of leaves.

According to The Billings Gazette, Jeffery Glen Haverty pleaded guilty to deliberate homicide and the beheading of Myron Wesley Knight at a transient camp outside of Billings, Montana, in October, 2017. As part of the plea deal, Haverty will testify against his friend and partner in crime, Donald Ray Cherry.

The 3 men were regulars at Montana Lil’s Casino and Liquor Store in Billings, and were seen gambling together on the night Myron Knight disappeared. The victim was reported to have won $120 at the casino that night, and he left his winnings with casino staff out of fear of being robbed. He told a casino employee that he was leaving with Haverty and Cherry, and if he did not return, the 2 men were responsible.

Knight was reported to have asked Haverty and Cherry to see the campsite where they were staying, and left with the 2 men. The body of Knight was found beheaded and wrapped in carpet not far from the campsite in question. Two trappers found the torso of the victim in a fire pit at the campsite, and the man’s head was found 30 feet away, wrapped in a towel and buried under a pile of leaves.

The 2 trappers found the body near Gabel Road and South 32nd Street West, near Billings, Montana. The initial autopsy report said Knight most likely died of blunt force trauma, and was also likely to have been alive when the murderers began cutting his head off. 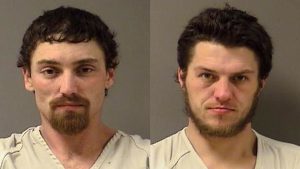 Jeffery Glen Haverty and Donald Ray Cherry were arrested and held for the crime, and booked in Yellowstone County jail on November 18, 2017. They later pleaded guilty in Yellowstone County District Court in 2017. The charges included deliberate homicide with a weapons enhancement. The trial for the 2 men is scheduled for July, 2019.

Cherry’s girlfriend, identified in court documents as Z.W., said she was with the 3 men at the campsite on the night of the murder. She told investigators that she left the campsite for about 15-20 minutes to go to a gas station. When she returned to the campsite, she told authorities that she saw Knight lying on the ground with blood around his neck.

She went on to say Haverty had become enraged when he found out that Knight had left his $120 winnings back at the casino. Cherry told her that Haverty attacked Knight with a hammer after discovering he did not have his casino winnings. She then reported that Knight began decapitating Knight with a knife, and that Cherry took over when the task became too difficult. They took all of the money Knight had on his person, which amounted to only $6.

According to Z.W., the 2 murderers had planned to burn Knight’s remains in a fire pit and dispose of the head elsewhere, but apparently did not complete the original plan, leaving the torso and head only 30 feet apart at the campsite.

According to the plea deal made by Haverty after his confession, prosecutors are seeking a sentence of 50 years behind bars for Haverty. Cherry’s trial is set for July, and the maximum penalty for the charges is 110 years.