The New York Police Department arrested seven of its own earlier this month. The department charged them with prostitution, corruption, and misconduct for their roles in a prostitution and gambling ring.

These are the latest arrests in an ongoing investigation into the New York City Police Department. Several officers have been in trouble for corruption, as well as for having ties to illegal gambling and prostitution.

The Beginning of the Investigation 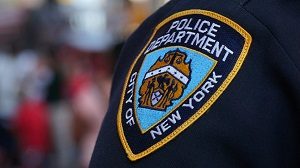 The investigation began more than three years ago. An anonymous officer’s tip came into the police department’s Internal Affairs division in 2015. At the same time, the police department had begun a separate investigation in Queens. There was a discrepancy in the number of complaints about prostitution and gambling rings and the lack of arrests made. Queens and Brooklyn have historically been large areas for prostitution and gambling, in general.

The investigation continued for three years. There were dozens of officers involved and the police department conducted more than 300 hours of surveillance. Investigators into the corruption also collected physical evidence and officer’s electronic communications. Investigators got a warrant, and that helped them to obtain the information.

What the Investigation Revealed

The investigation revealed a complex network of sex and gambling. In addition, there was a money laundering operation conducted at several nail salons in Queens. The gambling consisted of sportsbooks and number games. The leader of the criminal enterprise was a retired police detective. He recruited other officers to act as foot soldiers or lookouts. The illegal gambling and prostitution ring cashed in nearly $3 million in revenue in one year.

The sting operation resulted in the arrests of three sergeants, two detectives, and two officers. The police charged them with providing protection services for the gambling houses, prostitution rings, and money laundering operation. The police officers had jobs in different departments, including detectives in the major crimes division to evidence collection. Two were members of the vice squad and beat patrol officers, both in Brooklyn and Queens. One of the police officers worked for Internal Affairs as recently as five months ago. Two of the officers, who are brothers, held a bachelor party that included illegal gambling and prostitution.

What the Officers Were Accused Of

There were several crimes that the officers, as well as 39 citizens, allegedly committed. First, the investigators charged them with alerting fellow officers and the operators of the gaming houses about possible raids. They also tipped off the officers about their conduct and behavior during interactions with possible suspects. That meant that they gave permission for other officers to grope and search them, so they could pass security screenings. They also engaged in games and discounted sex in exchange for information about raids and the actions of Internal Affairs.

They also carried money to and from houses of prostitution and gambling dens in the boroughs to the nail salons. A retired police officer, whose name is Paz, was the owner of the salons. The salons were able to act as money laundering establishments because they do a lot of business in cash. They often pay workers in cash as well.

The officers received an average of $500 per week for their work. This amount is a drop in the bucket compared with the amount made during the illegal gaming and prostitution sting. It is unclear if further police officers will be arrested. However, it is possible, given the scope of the investigation. The investigation has still not concluded, according to the Internal Affairs Bureau. If investigators discover that more police officers were complicit, the police will arrest them as well.a