Since the U.S. Supreme Court, in May, decided to nullify the 26-year-old federal law that prohibited single-sports betting in the United States with the exception of Nevada, many states have discussed legalizing sports gaming. Experts have anticipated that at least six states may legalize gaming by the end of the year, and it is expected that at least 15 states will have legalized gaming by 2020. Unlike many of the other professional sports leagues, the National Basketball Association (NBA) has been preparing for the legalization of sports gambling for some time.

The Shifting Stance of the NBA 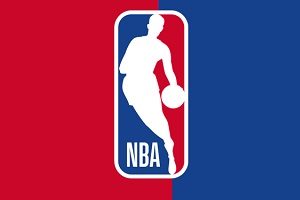 The NBA, it appears, saw the writing on the wall in terms of sports betting several years ago when New Jersey and other states began to call for the legalization of gambling. Professional basketball players have noted that sports gaming is legal in many countries in Europe, Asia, and Africa. The NBA was opposed to gambling for decades because of its complicated history with the activity. The history of the NBA is rife with point-shaving and game-fixing scandals. However, its low point occurred in 2007 when a former referee, Tim Donaghy, was arrested by the FBI for betting on games and attempting to control the point spread of games, and that included playoff games. Donaghy was investigated by the FBI because the agency thought he was a part of a larger investigation into organized crime. He pleaded guilty and was sentenced to 15 months in prison.

The Future of the Sport

The NBA has been slowly moving toward a closer relationship with gaming interests over the last few years. The league has allowed casino sponsorships to gradually make their way into the game, and all 30 teams attended the Summer League in Las Vegas while staying in hotel-casinos.

There have also been discussions by the NBA about online casino gaming and sportsbooks, specifically, that casinos contribute 1 percent of all the sportsbook revenue to an NBA fund to maintain the integrity of sports, which has been the one sticking point with the league.

Many people who are affiliated with the NBA have stated that if the league can figure out a way to make sure there is integrity in sports, it could accomplish two things. It would bring much-needed revenue to states that need it and it would normalize sports gambling. That means sports gambling would be regulated. Many sports leagues and teams around the world allow gaming, with regulation.

There are sports teams in Europe that employ companies to watch the play during a game and monitor the actions of sports gamers both before and after a game. For example, businesses that monitor matches in tennis studied the patterns of several players before and after a tournament on a lower level of tennis play. While the tennis association did not spot any irregularities in the championship tier, it did spot some in the lower tiers. And, after an investigation, the association found that several tennis players had been bribed to throw their matches. This resulted in those players being suspended. Hiring companies to measure integrity is one way the NBA could make sure its games stay honest. In addition, experts state the NBA should put a policy in place with players, coaches, and staff with regard to the availability of gambling and the way it should be handled, in general, both on and off the court. As sports gaming continues to be legalized in the country, policies should be put in place before the season begins. That way, all teams will be on the same page.