It isn’t every day a sheriff destroys gambling machines. In fact, most people would be scratching their heads at the idea of destroying illegal machines. But, last month in Jefferson County, Arkansas, the sheriff did just that. He sent nearly 600 machines seized in a statewide raid six years ago to the landfill. What is even more interesting is residents in Arkansas recently approved some forms of gambling.

Arkansas and the Changing Gambling Landscape

Arkansas was historically closed to gambling interests. For decades, the only gambling allowed in the state was the lottery, some forms of charitable gaming, and horse racing. Twenty years ago, people in Arkansas were very opposed to gambling. Now, however, times have changed. Arkansas residents have been traveling to Louisiana, Oklahoma, and Mississippi to gamble. This means the state has lost out on revenue. However, in November, voters agreed to legalize sports betting. The hope is to have sports betting up and running by the summer.

The Raid and Destruction of Machines 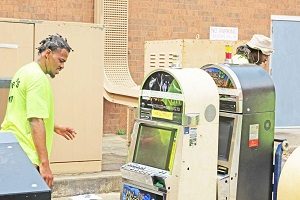 The Jefferson County Sheriff’s Office said the deputies in his department began receiving tips years ago. People told them about illegal gambling in different locations around the Town of Pine Bluff, as well as the county. The deputies began investigating the illegal gambling businesses, and, by that summer, they were ready to begin arresting people. However, they didn’t make the arrests alone. There was a coordinated raid across the state of Arkansas. Many police departments and sheriff’s offices participated. Police officers and sheriff’s deputies began arresting people Aug. 3, 2013, in “Operation Lucky Seven.” All told, the deputies arrested people in 15 locations across the state. They arrested dozens of people and seized nearly 600 gambling machines, mostly video poker and video slots. They also seized hundreds of thousands of dollars in cash. The authorities considered the raid to be a success.

The Problem with Gambling Machines

The initial joy over the seizure of illegal gambling devices turned into consternation as the years went by. The sheriff’s office was storing the machines in the Pines Mall in Pine Bluff. It cost the department $400 a month to store them. The hope was that the sheriff’s department could begin selling the machines in states where owning them was legal. However, the department quickly ran into a problem. States with legal gaming machines couldn’t accept them. They couldn’t certify them because they were contraband. 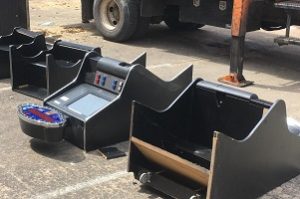 In addition, the state of Arkansas began pushing to legalize gambling last summer. This was after the U.S. Supreme Court overturned the Professional and Amateur Sports Protection Act in May 2018. After much discussion, Alabamans decided to legalize sports betting. There has also been a lot of discussion about opening up casino-style gambling at race tracks. This is where the sportsbooks will be. No matter what happens with casino gambling, Arkansas is not as antigambling as it used to be.

While the state began to relax gambling restrictions, there was still the problem of what to do with the machines. The sheriff’s office tried several methods to sell them, but nothing worked. Meanwhile, the office racked up $24,000 in rental fees over six years. As a result, the sheriff decided to cut his losses and destroy the machines.

Even though the sheriff lost money on the gambling bust, he cautioned other business owners not to gamble on gambling. He said he has received tips that there were illegal gambling businesses operating again in the Pine Bluff area. He said he will shut those businesses down as well and arrest people gambling illegally. However, in the grand scheme of things, it may not be a good idea for him to do that. Gambling seems to have given him a loss instead of a profit.