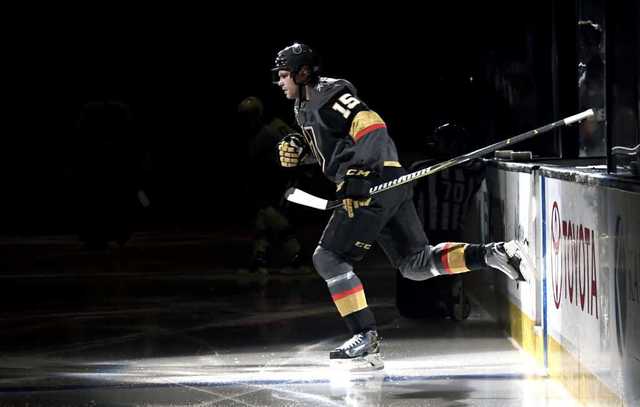 If you had asked hockey fans and experts alike at the beginning of the NHL regular season what team would make it to the 2018 Stanley Cup Final, we’re willing to bet that the Las Vegas Golden Knights would have been the last team to enter anyone’s minds. After all, who could have seen it coming?

A brand-new team, a 500 to one underdog for the Stanley Cup from the beginning, has highhandedly dominated the West and made it to the biggest match up in the sport of hockey, the NHL Stanley Cup Final. 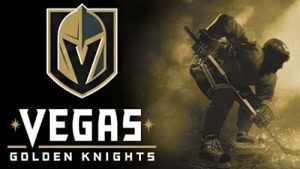 People said it was impossible, sports analysts and game experts said it simply couldn’t happen, yet here we are. The longshot team and band of misfits is pulling off a miracle, last seen some fifty years ago when the league first expanded; the Las Vegas Golden Knights are ready to battle for the trophy and win the 2018 Stanley Cup.

The ‘Vegas Flu’ is real and it has everyone, especially Las Vegas bookmakers, hot on their heels to see what’s next.

Can the Knights pull it off?

History in the making

Las Vegas is known for many things, casinos, gambling, and endless amusement as the entertainment capital of the world. Usually for the bright light town in the middle of the desert, the only things that get hot are the gaming tables at Caesar’s and the air temperature, not a hockey team.

Well, that was the case. After beating the Winnipeg Jets 4-1 out of five games, the Las Vegas Golden Knights are just four wins away from taking home the 2018 Stanley Cup.

Naturally, Ryan Reaves scored the game-winning goal on Sunday to bring Coach Gerard Gallant’s wonder team to a rare pocket of hockey history with their 2-1 road victory in Game 5 of the Western Finals. 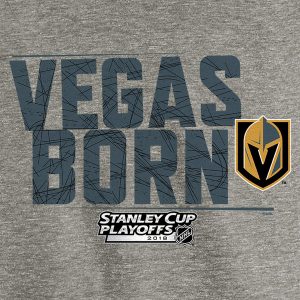 Now that the Capitals have survived to fight another day, which team will the Golden Knights face, and who is favored to win?

Worth its weight in gold

The Golden Knights, who smashed through the regular season with a 51-24-7 record to top the Pacific Division, continued their break-neck momentum into the postseason by beating out the L.A. Kings, the San Jose Sharks and the recently retired juggernaut Winnipeg Jets, not letting up their point lead during the final match-up thanks to an outstanding defense.

At goal, Marc-André Fleury flourished, saving a whopping 31 for 32 shots for a .969 save percentage that gives Vezina trophy finalist, Tampa’s Andrei Vasilevskiy, a run for his money.

Alex Tuch’s opening goal and Reaves’ incredible finish stunned not only the Jets’ offense, but the home crowd who could hardly believe what they’d witnessed; nor can anyone.

The Golden Knights can rest for now as the beasts in the East, Tampa and Washington, battle it out.

The Lightning’s talent-rich roster has proved that they can play under pressure, but Coach Jon Cooper knows that getting the final win won’t be easy now that the series is tied.

Let’s not forget that the Tampa Bay Lightning are no stranger to the pressures of postseason play, and the team has strong chances with players like Stamkos and Callahan or clutch players like Kucherov and Palát at home; all backed by the human-wall Andrei Vasilevskiy. The team has drive, especially when it counts.

However, the Capitals are feeling strong coming off their 3-0 shutout victory against a supremely disappointed Lightning to tie the series. The bruising plays of T.J. Oshie and Devante Smith-Pelly as well as the extraordinary 24-shot shutout by Braden Holtby kept the Capitals alive Monday night; and with Ovechkin at the helm and Kuznetsov leading in points, Washington now has the confidence it takes to make sure lightning doesn’t strike twice at Amalie Arena.

The outcome remains anyone’s guess, as the odds for both teams have swung wildly during this fiery postseason.

Since the St. Louis Blues expanded the league to enter their first Stanley Cup Final in ’68, the Golden Knights have smashed all the records, becoming the league’s lone surprise that surpassed all doubt to be in the Final as one of 16 teams contending for the Cup.

Talents like Jon Marchessault, William Karlsson, assists from Perron as well as the glove saving magic of Fleury have put this team on the lips of bewildered NHL fans.

Even sports betting fans and fantasy league enthusiasts couldn’t believe it when the Knights surpassed the projected season point total of 68.5 in January, but they were only getting started.

The team’s meteoric rise to success, in the capital for sports betting, boosted normally poor fan and fantasy league participation to almost 10 times the average thanks to the success of the Knights. They are currently co-favorites to win this year’s Stanley Cup if the Lightning can hold their own at +112 odds according to the online sports betting giant Oddshark.

Who will you be putting your money on?