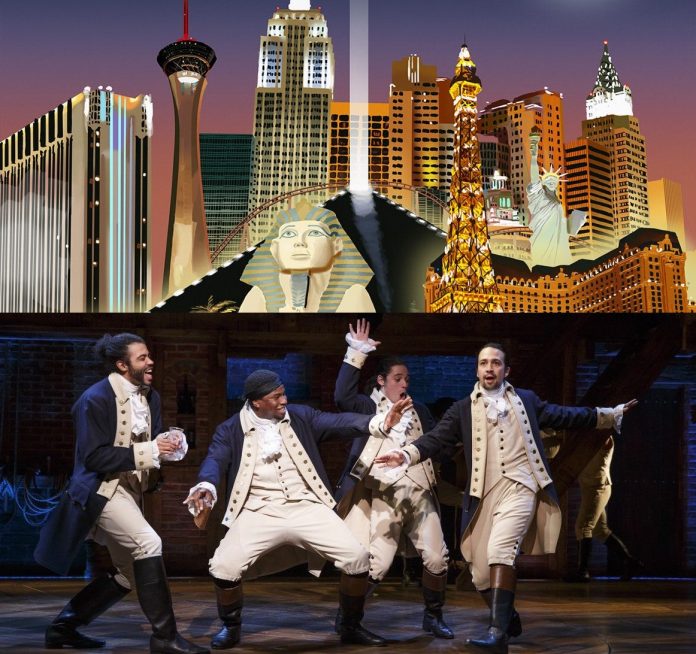 He’s young, scrappy and hungry, and he’s not throwing away his shot at bringing Hamilton, the rapping founding father, to the Las Vegas Strip.

According to the Vegas savvy Scott Roeben of Vital Vegas, the producers of the popular Broadway musical, Hamilton, are in talks regarding a possible residency on the Las Vegas Strip.

Hamilton broke Broadway records and musical barriers with its brash blend of American history with modern R&B stylings. Lin-Manuel Miranda, writer/star of Hamilton, stormed Broadway as a young Alexander Hamilton standing on the cusp of an independent America.

But will this founding father find his way to a permanent residency on the Las Vegas Strip? Vital Vegas founder Scott Roeben believes so.

Roeben reported that the producers of the hit musical are in talks for a residency at a property belonging to Caesars Entertainment or Wynn Resorts.

Not everyone goes to Vegas simply to gamble, which is why casinos built a landing spot for many musicians, magicians, and stage acts over the decades. Entertainment is the name of the game.

Once home to the likes of Elvis, Wayne Newton, and Liberace, a long-term musical residency in Vegas draws huge crowds. Some of the biggest names in show business perform there, often drawing over $100 million in revenue.

Modern artists like Britney Spears, Celine Dion, and Jay Lo have all done their bit for the Vegas residency scene – and were hugely successful.

Once the pandemic ends, pent-up lockdown frustration is expected to drive visitors back into the warm embrace of Las Vegas. And the town is ready to throw a major party to celebrate. 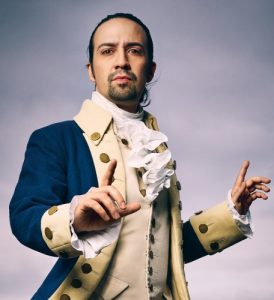 A show like Hamilton will draw audiences of all ages to Vegas. Especially since tickets to the mega-hit are hard to come by. By bringing Hamilton to Las Vegas for a permanent residency, the potential draw is astounding.

New York Times theater critic Ben Brantley wrote in 2015: “I am loath to tell people to mortgage their houses and lease their children to acquire tickets to a hit Broadway show. But Hamilton… might just be worth it.”

The Las Vegas Convention and Visitors Authority (LVCVA) reports that the average Vegas visitor spends $52 per visit on entertainment. In addition, half of the visitors to Vegas in 2019 visited a show.

Considering the price for tickets to Hamilton, Vegas visitors may spend much more on entertainment when this musical eagle has landed.