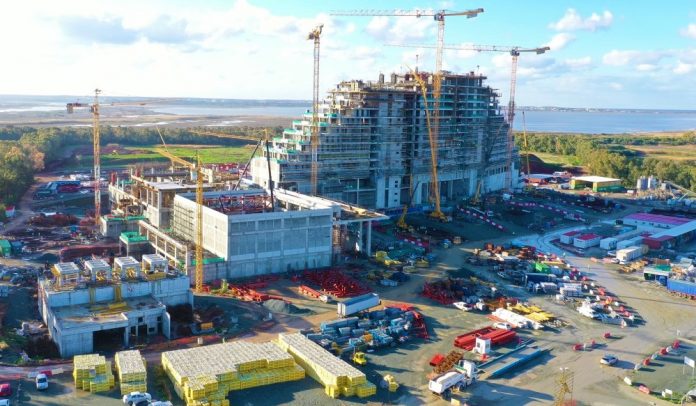 The planned opening date of the City of Dreams Mediterranean has been delayed one year due to the pandemic. Construction impacts have pushed back the Cyprus resort opening date until 2022.

The City of Dreams Mediterranean is on course to becoming the largest casino resort in Europe. Parent company Melco Resorts confirmed the resort will open one year later than anticipated.

According to the Financial Mirror, Cyprus gaming officials have confirmed the delay of the $667 million casino development. Cyprus Gaming and Casino Supervision Commission Vice President Phidias Pilides informed the Cyprus parliament of the delay.

Pilides reported that Melco encountered supply chain delays due to coronavirus, which has greatly impacted the construction schedule. The original opening date projection of late 2021 has now been pushed to late 2022 due to the delays.

Even after the delays, Melco and the Cyprus gaming authorities expect a strong recovery in the gaming sector once the pandemic subsides.

Cyprus parliament passed legislation in 2015 allowing for the development of casinos in the Mediterranean island nation. Prospective resort developers would operate on a casino license valid for 30 years.

Initially, Melco and Hard Rock International planned a resort partnership to develop a casino called Euro Casino. But Hard Rock left the project and parted ways with Melco, which pushed ahead as the sole casino operator in Cyprus.

The City of Dreams Mediterranean broke ground in June 2018 in the Cyprus city of Limassol. While construction on the megaresort was underway, Melco received permission to build small ‘satellite casinos’ around Cyprus. The company also has a contract making them the sole casino operator in Cyprus for the first 15 years of their 30-year gaming license.

The three Cyprus satellite casinos opened in Limassol, Nicosia, and Larnaca, followed by two more in Ayia Napa and Paphos. The first three satellite casinos showed huge profits in their first year of operation, signaling a strong gaming industry in the making. 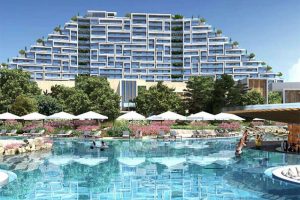 Melco Resorts reported employment of 1,400 casino employees at the satellite casinos, with thousands of jobs on the way after City of Dreams opens.

City of Dreams Mediterranean will feature 81,000 square feet of gaming floor space with 1,000 slot machines and 100 table games. The resort will also offer a five-star hotel with 500 rooms, 11 eateries, retail shopping, convention and event spaces, an outdoor amphitheater, and a spa and wellness center.

Melco Resorts is based in Hong Kong and operates City of Dreams resorts in Macau and Manila, Philippines.