Earlier this month, ESPN premiered its first daily gambling show called “Daily Wager.” This represents a first for the company. A few years ago, it had no plans to offer a gambling show on its networks.

The founders of ESPN wanted it to be a sports network. In the mind of the corporation, sports networks did not discuss gambling. For years, ESPN was the only sports network devoted entirely to sports. While it covered as many sports as possible, it did not cover gambling. However, times have changed.

ESPN’s market share is shrinking. Rival sports news and broadcast companies have embraced gambling. They see it as a way to connect with audiences who play in offshore sportsbooks. They also connect with people in states where sports gambling is legal. Because they are willing to delve into sports gambling, they’ve gained a toehold in the ratings for sports networks.

ESPN executives have said that a gambling show was long overdue. The network decided to air a program devoted to gambling earlier this year. 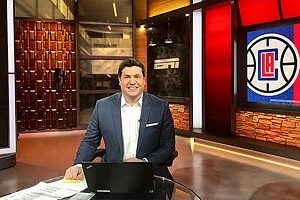 The show airs on ESPN for an hour from 6 to 7 p.m. every day. Sports gambling analyst Doug Kezirian is the host. Kezirian has his own betting theme podcast. The network bills it as a news and information show that will focus on point spreads and money lines. ESPN noted that interest in sports gambling has increased dramatically in the last six months. The sports network has done several segments of regular programming that primarily focused on gambling. The one that has been occurring most regularly has been Scott Van Pelt’s “Bad Beats.” Van Pelt does the segment at midnight on ESPN. In addition, ESPN+ and ESPN.com have gambling shows. Even though the network wanted to get out in front of the gambling story, it is behind. Fox Sports 1 debuted a gambling program called “Lock It In” with “Cousin Sal” from “Jimmy Kimmel Live.”

There have been some critiques of the new show. First, the show has a lot of graphics, which tends to make some people a little dizzy from the information. Second, the show said it will allow bettors to talk with experts about gambling. Another critique is that the show does not focus on one sport at a time. Instead, it jumps around from sport to sport. Many who watch it may end up with whiplash because of the number of sports it discusses. Observers would rather have fewer sports discussed. Finally, many critics have noticed that ESPN did not get enough experts on gambling and sports betting. Many sports gamblers are excited, though. Despite all its flaws, there is a new sports gambling show on the largest sports network in the country.