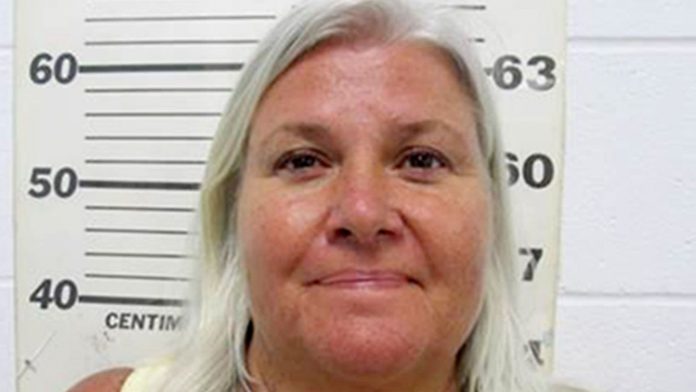 Lois Reiss, a suspect in the death of her husband, David, in Minnesota, as well as another woman in Florida, was spotted at gambling at a Louisiana casino in early April. According to John Kinsey, deputy U.S. marshal, the suspect claimed her winnings at the Coushatta Casino Resort April 8. There have also been reports that Reiss won a jackpot worth $1,500.

According to U.S. marshals, Reiss, 56, was known in Blooming Prairie, Minn., as “Losing Streak Lois.” She got this name because of her addiction to gambling.

The Death of David Reiss

David Reiss’ business partner notified the local authorities that he hadn’t seen David for several weeks. When police officers arrived at the worm farm operated by David, they found him lifeless. He had been shot several times. The police were not able to find out how long David had been dead, nor could they find his wife. That’s when Lois came a suspect.

According to authorities, she was caught on a surveillance camera making a stop at a gas station near the casino to buy a sandwich. She also asked for directions. They said it appeared the suspect was headed to Florida.

Authorities said that while the suspect was in Florida, she got acquainted with Pamela Hutchinson, 59. Reiss was seen again on surveillance video April 5. This time, she was dining at Smokin’ Oyster Brewery with Hutchinson. There were also surveillance photographs that showed Hutchinson and Reiss together at the Fort Myers Beach condo where Hutchinson stayed.

On April 9, authorities said that they discovered Hutchinson dead in the same condo. They believe that the gun Lois allegedly used to kill Hutchinson was the same one she allegedly used to shoot her husband. Inside the condo unit, police also found that Hutchinson’s purse was empty. Her ID and her car were also missing. Reiss and Hutchinson looked alike, and the police think that Reiss might have killed and stolen from Hutchinson to assume her identity. Days after the death of Hutchinson, her car was seen in Louisiana and Texas.

Finally, the manhunt for Reiss ended April 19 when someone recognized her and tipped off the authorities. Around 8:30 p.m., Reiss was found at the Sea Ranch Restaurant in South Padre Island, Texas. Sheriff Omar Lucio of Cameron County confirmed that she was indeed arrested by Florida authorities. According to the Lee County Sheriff’s Office in Florida, they are “working on extraditing” her back to Florida.

South Padre Island, where the suspect was caught, is a community that is less than 30 miles from the Mexican border. According to Angelique Soto, spokeswoman for the city, the car that Reiss was using was impounded for processing. Dodge County (Minn.) Sheriff Scott Rose also said that the car is the same one Reiss allegedly stole from Hutchinson.

Reiss was taken into custody without further incident. Her hotel room was also searched, where authorities found two handguns. Reiss is facing various charges in Lee County, Florida, including criminal use of identification, second-degree murder, grand theft auto, and larceny.

There are no official charges yet against Reiss in Minnesota for her husband’s murder. However, she has already been charged with one count of larceny for stealing $11,000 from is bank accounts to sustain her gambling addiction.