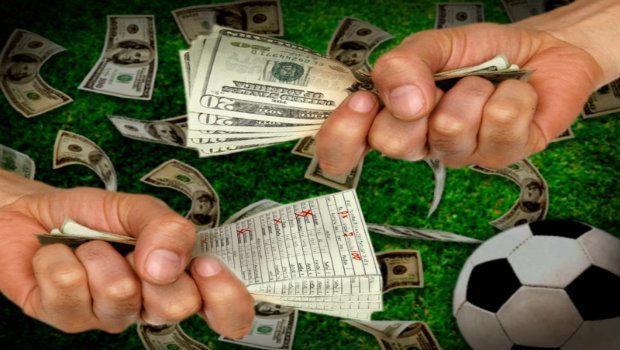 The 2018 FIFA World Cup tournament has only intensified the gambling fever across much of southern Africa. This is in part because of the availability of gambling, the ease of payment systems and the nonexistent laws across much of the continent. Researchers have estimated the gambling market in Africa alone could be more than $100 billion by 2022.

Initially, Africans were enthralled by the World Cup because of the growing success of African teams such as Nigeria. But, Africans have also placed bets on several teams from Europe and South America. Because soccer is the only universal sport in the world, many African soccer fans are excited by the gameplay of teams that are not from Africa. African fans have bet heavily on Argentina, Spain, and Russia because of their odds or because there is a player on the team that they like.

The World Cup and the Nigerian team have added a new dimension to sports betting in Africa because it is a global tournament that occurs every four years. In many areas of Africa, crowds gather to watch the games, and side betting is a frequent occurrence. Office or neighborhood pools are run by co-workers and neighbors, and this is very much like what happens in the United States during the NCAA Tournament.

The Availability of Gambling

Originally, Africa was not a hotbed for gambling, and many countries have had small gaming businesses that flew under the radar. Over the last 30 years, however, gambling has exploded in many countries in Southern Africa. Ghana, Kenya, Nigeria, South Africa, and Uganda have all legalized gaming as sports betting, state lotteries, video poker games and slot machines, casinos, and especially online gaming have taken off across the continent. While some of the gambling enterprises were created in African countries, other gambling enterprises are European, and critics have argued the revenue from the gambling business does not stay in Africa.

However, most African countries that allow gaming also charge gaming companies taxes on their revenue, which can be as high as 30 percent, and that revenue stays in the country. Many people are also protesting the influence of China and Chinese businesses in the gaming industry in Africa. Critics say China, with its history of shady business dealings and money laundering in other nations, is not paying the nations in Africa what it should be.

Gambling has also skyrocketed in Africa because of the simultaneous rise of mobile payments and digital currency systems. Mobile gaming apps allow sports fans to bet on whatever team or game they choose very quickly using digital currency or cryptocurrency. And, they have rapid payouts as well.

Mobile gaming has become especially popular among the younger generation, which represents the largest segment of the population in Africa. Mobile gaming has expanded to include daily and weekly lottery payouts. While some young people see mobile gaming as a harmless minute of fun, others gamble every day, and this has led some social service agencies to complain that the ease of mobile gaming may lead to problems.

It does not appear that the gambling industry as a form of entertainment is going to go away anytime soon. The companies that have gaming businesses in Africa are reporting record profits, and more companies are scheduled to open in the next two years across the continent. The growth of the industry makes sure that by the time the next World Cup rolls around in 2022, the gaming business in Africa will have experienced exponential growth and profitability.