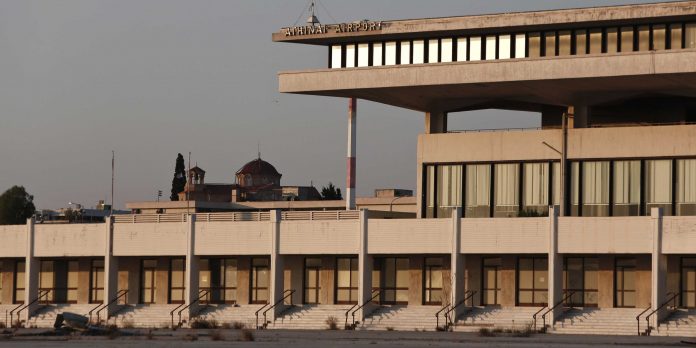 Hard Rock International announced its entry into the international resort casino bids for the Hellinikon Project, an 8-billion-euro urban renewal project on the site of the old Hellinikon Airport in Athens. Additional bidders include Genting Malaysia and Mohegan Gaming and Entertainment. HRI has also announced that they are willing to fund a major percentage of the project costs themselves, rather than relying on outside investors.

After the September 30 bidding deadline, the winner will be part of a larger scheme to develop the Hellinikon area into a 6,200,000-square-meter, world class metropolitan park. In addition to the IR casino, the area will host convention centers, urban renewal housing, health centers, educational and research facilities, and public recreation areas. The IR project will take 24-26 months to complete.

Among the ashes of the financial crisis in Greece, the new Phoenix rises in the form of renewed investment in the region. Hard Rock is quick to point out that they already have a relationship with Greece via the Hard Rock Athens. During a press conference in Athens, HRI CEO Jim Allen announced his company’s commitment to Greece.

“We have always believed Athens to be one of the world’s great gateway cities, and Hard Rock International envisions creating a must-see destination that will help draw from the over 120 million annual guests across 74 countries, driving year-round tourism and being an economic driver for Greece,” Allen said.

“This announcement continues to illustrate Hard Rock’s commitment to Greece and the great city of Athens, following our investment in the company-owned Athens Cafe when no one else was investing during the financial crisis in 2014.”

Hard Rock has already bid on a new casino resort project in the Mediterranean region in recent years. HRI partnered with Melco Resorts to bid on a casino license in Cyprus, and actually won the bid. However, Hard Rock dropped out of the race and said they wanted to explore other development opportunities in Europe. And they are not alone. International casino resort competition is huge, and the 2 largest players in the Greek casino race have a global presence. Mohegan Gaming operates properties from the U.S. to Asia, including the Mohegan Sun, one of the largest casino resorts in the world.

The larger Hellinikon Project will be funded by local company Lamda Development, along with international investors from the Gulf and Asia. With all of the intense investment interest in Greece, all portents point to the mythical fiery Phoenix rising again; hopefully this time the bird won’t be a flaming albatross.

Fly, mighty Phoenix, fly! Forget the ashes of yesterday’s dreams, all of the junk bonds, bubble economies, predatory lending, crushing credit debt, and b.s. bailouts of the past: your future is in casino resorts. In almost every single case where states and countries have allowed gambling and casinos, major economic renewal followed.

This is your chance to take to the sky, soaring on the wings of casino giants like Hard Rock International and the brightly-burning Mohegan Sun. Your youth won’t need to face starvation disguised as austerity while fat cats look down, laughing.

Young Greeks can put down the Molotov cocktails in favor of the mighty Mai Tai. This isn’t just another bunch of greedy investors looking to exploit a struggling country with sham investment schemes. This is Hard Rock!

We hope Hard Rock wins the bid (because they rock), and if they do, don’t worry. In addition to the row of ancient Greek lutes and guitars on the wall, you’re sure to get a Hard Rock gyros burger on the menu. With tzatziki and feta cheese.