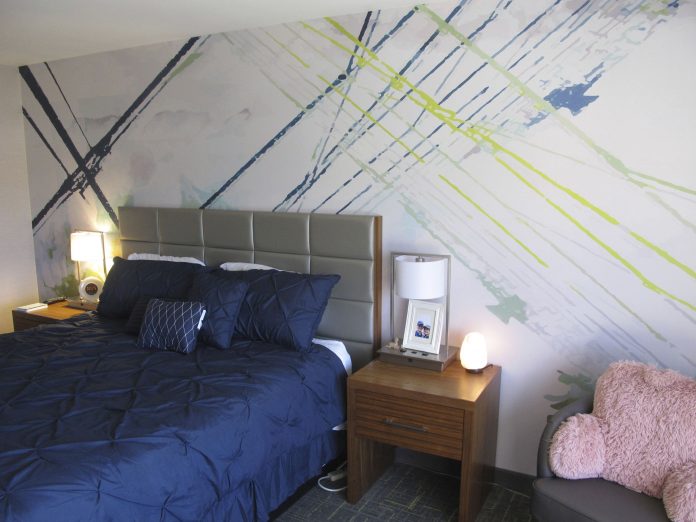 As fall classes begin for University of Nevada, Reno students, their new casino hotel tower residence is a major upgrade from their old dorms. After a gas explosion rocked 2 University residence halls months ago, Eldorado Resorts came to the rescue with an offer of hotel tower accommodation.

1300 students had only 6 weeks to find new accommodation after a gas explosion destroyed their dormitories, and when University officials and Eldorado Resorts made a deal, Lady Luck was on their side. While some students and their parents have turned down the casino digs, many more are clamoring for a chance to live in student housing in the casino hotel tower.

Eldorado Resorts offered a hotel tower belonging to Circus Circus casino to the University students after agreeing to some changes. The newly dubbed “Wolf Pack Tower” was named after the school sports team, and warmly welcomed its first ‘guests’ this week. Student moved into a non-smoking, non-gambling hotel property with queen- and king-size beds, TVs, mini-fridges, private bathrooms, and 40-inch big screen TVs.

For many students accustomed to dorm life, this was a major room upgrade. Former residence halls had twin beds, community bathrooms, and no TV or fridges in the rooms. Students had to supply their own TVs and other furnishings. The hotel tower had already been renovated into a non-smoking, non-gambling facility, but the casino company had to make some additional changes to better accommodate the students.

In order to ensure the students’ safety, special keycards were issued which only allowed students into Wolf Pack Tower, while denying them casino access. Campus security set up shop in the hotel tower, as well as some live-in faculty staff and student resident directors. Former hotel lounge areas have been converted into student lounges, study halls, and laundromats, just like in a normal campus dorm.

After tech giants Apple, Microsoft, and Tesla set up shop in the Reno area, huge amounts of incoming employees drove up rents in the region. This spelled bad news for the 1,300 college students suddenly without accommodation. Their residence halls are closed for renovation for the next 2 years, so UNR and Eldorado struck a deal which was a win-win for everyone.

The takeover of the 907-room hotel tower will cost $21.7 million, but students will not pay more than their usual dormitory accommodation rates of around $5,600 per year for a double room. Students also have access to hotel parking, and special school shuttles will carry students to and from the school and hotel.

In spite of the best efforts of the University and the resort, some parents didn’t even want their children anywhere near a casino. University President Marc Johnson said the school “pretty much required that we control the entire building” in order to replicate the freshman dorm experience.

You can lead a horse to water, but you can’t make him drink. The horse in this case is more like a stubborn, cranky mule who sees sin in every solution. Parents who are so afraid of gambling that they don’t want their children ‘anywhere NEAR a casino’ are a rare breed of mule indeed.

After the University opened Wolf Pack Tower to parents and students, several groups of doubtful parents were converted after seeing the new digs. The voice of reason was stronger than the fear of being near those who gamble. Those same parents were probably unaware that the University is walking distance from a dozen casinos. But for those parents who couldn’t see reason: hey, there’s always a place to study in Utah. They’re religious, they hate gambling, and male students get a free wife at the end of every semester. But only if they get good grades.

Or maybe the cynics were right: maybe the ‘mysterious gas explosion’ in the dorm was just a huge conspiracy theory. Casinos are suffering from lack of new blood, and young people don’t want to sit around slot machines dumping loose change into them all night like their grandparents did.

So ‘they’ sent a casino employee to burn down the dorms, just to get their greedy gambling grip on a new generation of bright-eyed, bushy-tailed young wolves. Muahahaha.