It is indeed the golden age of basketball for the Villanova Wildcats. The team has won two National Championships in the past three years –in 2016 and 2018. The champion basketball team took down the Big East title as well and are preparing for this year’s big game, even though they will not have the advantage of a top seed this year.

Even without Villanova as a favorite, March Madness remains a special event that appeals to hundreds of thousands of sports fans. The 2019 NCAA Men’s College Basketball Tournament will be especially entertaining in Pennsylvania, now that sports’ gambling is lawful in the state.

The first legal sportsbook in Pennsylvania launched at Hollywood Casino at Penn National Race Course. The launch was in November 2018, and since then, Pennsylvania has opened seven more sportsbooks.

More on Sports Betting In Pennsylvania 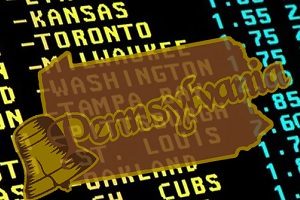 The Pennsylvania Gaming Control Board (PGCB) has not yet approved the launch of mobile and online sports betting in Pennsylvania. The first online sports gambling apps for the state probably will not launch until after the basketball tournament. However, there will be a wealth of land-based gambling options and a host of March Madness viewing parties.

Individuals who want to bet on the game(s) this year can take some expert tips from Play Pennsylvania.com to increase the odds of winning. Bettors who are unsure about where to place their wagers can visit one of these eight retail Pennsylvania sportsbooks that are taking bets on the NCAA tournament in 2019:

Presque Isle Downs & Casino is the only location approved to offer sports gambling that has not opened yet. The site likely will not be open to taking bets in time for Selection Sunday.

New Jersey Is Still an Option

Bettors should also keep in mind they can bet on the games in nearby New Jersey as well. However, gamblers cannot bet on the New Jersey teams, including Rutgers. There are also several online betting choices. Gamblers are encouraged to get over the border to NJ to download one of New Jersey’s 13 virtual betting apps, place March Madness wagers and deposit funds. 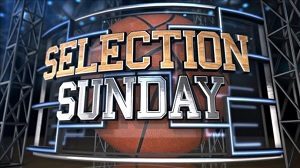 The 68-team field in the NCAA Men’s Division I Basketball Tournament is made up of 32 guaranteed sports and 34 at-large choices determined by a group of university athletic directors and conference representatives. Bettors who want to keep track of the games can download a bracket with all the games listed. Automatic bids for the basketball tournament will go the winners of each of the conferences. The auto spots are listed below and will be updated when a final winner is determined.

This is the early round schedule for NCAA Men’s Basketball:

Only 16 basketball teams will make it to the second weekend of games. Of those teams, just four will travel to Minneapolis to play in the Final Four and National Championship game.