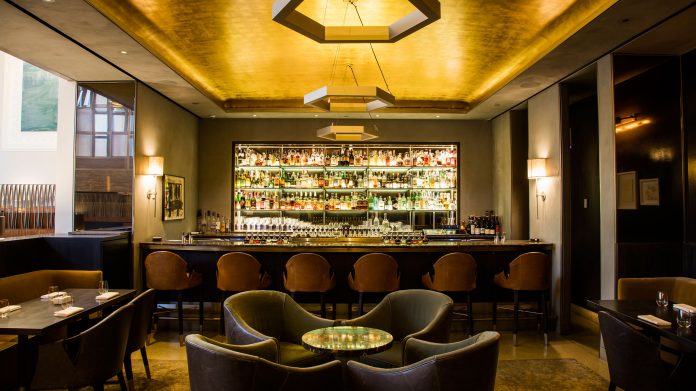 Australia had a long and glorious history as a Wild West-sort of place in the 1800s. When the Australian Gold Rush began early in the 19th century, people flocked to the country in search of wealth, which led to the rise of gaming dens and opium hangouts — opium was still legal at that time. In the 1840s in Sydney, a building called The Rocks was built, and served, at one time or another as a boarding house, bootmaker, opium den, gaming den, and retail shop. Now, it is home to The Doss House, which is a whiskey bar located on George Street, the city’s oldest commercial street. While the space is used to serve whiskey, elements of a gaming house still remain.

Gaming in the 1840s in Australia

Although betting on horse racing became legal in the early 19th century in Australia, it wasn’t until the 1840s that Chinese workers who came during the Gold Rush brought traditional gaming with them. Gaming houses began to open up, and they offered traditional Chinese games, such as mahjong and other card games, such as pai gow poker, which was very popular. Eventually, English and Irish immigrants brought dart games and other board games into the gaming houses. Gaming houses became places for men to gather to drink and gamble, and that gave it a social aspect.

The New South Wales government was very particular about what could be done to the space because it is in a historically preserved building. The new owners were not allowed to put any fixtures on the walls, so a dartboard was out of the question. However, the owners did manage to find some antique gaming tables to pay respect to the history of the space, which may have also served as a location for housing convicts in the 1780s.

The property features steampunk/antique décor, low lighting, and a relaxed atmosphere. It caters to adults in their 30s through their 50s who are looking for a place to drink and hang out but without the bright lights and music found in many bars. In addition, the owners felt that a whiskey bar was appropriate to the character of the space.

What the Bar Offers

The bar serves 150 different whiskeys, which run from a fairly reasonable $20 serving to the bar owner’s favorite, Very Rare Midleton, which is a smooth Irish whiskey that can cost up to $450 a glass. The whiskey bar does have themed nights and special offerings of whiskey in addition to its usual offerings.

While the bar began to slowly acquire a following, it happened on the Sydney scene at just the right time. And, with the growing popularity of drinking spirits, it has gained a large customer following that is in line with the growing desire of Australians to drink beer, spirits or cider rather than wine or mixed drinks. Many older adults are also attracted to craft spirits, which include both whiskey and bourbon. The bar offers a few Tasmanian-made whiskeys. The island is rapidly becoming known as a world-renowned place for craft whiskey and is considered the best Australian whiskey made.

Australians who are looking for a place to relax, drink whiskey from all over the world, and experience elements of gaming history in Australia, as well as the history of Sydney, will find The Doss House a welcome break from the mundane, fast-paced bar scene in Sydney. The bar represents a new direction for historic locations in Sydney, as well as Australian craft liquors.