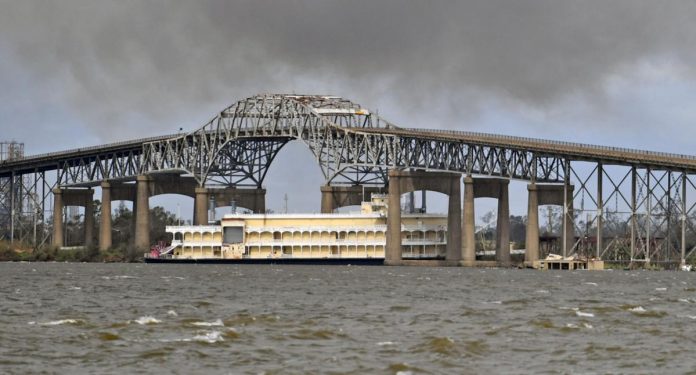 As Hurricane Laura raged over Louisiana, it caused heavy damage to several land-based casinos and a riverboat casino, blowing it into a bridge. 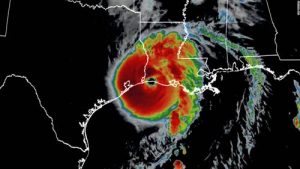 After reeling from months of pandemic lockdown, casinos in Louisiana are being dealt another blow in the form of a hurricane. Hurricane Laura came ashore at 11 p.m. Wednesday just west of Lake Charles. The heavy winds caused damage to several casinos in the area.

Dramatic video caught by broadcast journalists shows the roof of the Golden Nugget Lake Charles being ripped off the building by 150 mph winds. Debris from the rooftop littered the pools and surrounding landscape.

Other casinos in the region sustained hurricane damage as well, causing them to close their doors for the second time this year. After the major loss of casino revenue caused by lockdown during the pandemic, the latest blow to the industry is also dealt by Mother Nature.

“The hits just keep coming to the industry,” said Brendan Bussmann, director of government affairs for Las Vegas-based Global Market Advisors LLC. “These facilities were on pace for a strong return from The Great Shutdown,” Bussmann said. “That comeback will be hampered by the hurricane.”

On Land and On Water

Meanwhile, the Isle of Capris Casino riverboat broke from its mooring in Lake Charles and was blown into the Calcasieu River Bridge. The riverboat was wedged in between bridge support pillars overnight. The casino riverboat is operated by Caesars and is home to more than 1,175 slot machines and 34 table games.

Other casinos in the Lake Charles area suffered damage as well, including the L’Auberge Lake Charles casino, the Amelia Belle riverboat casino, and Delta Downs, a racino near the Texas border. All casinos in the area have been shuttered again until damage is assessed and repaired, and there is no estimate on the date of reopening.

The damaged casinos in the area were operated by Caesars Entertainment, Boyd Gaming, Penn National Gaming, and Landry’s, which operates the Golden Nugget brand nationwide.

Penn National operates L’Auberge Lake Charles, and company spokesman Jeff Morris released a statement. “We are continuing to assess the damage. Most importantly, all of our team members that were on property are safe and accounted for and we’re continuing to reach out to those who were evacuated to check their wellbeing,” Morris said.

But the biggest damage will be felt at the staff level, as continuous casino shutdowns affect their livelihood. With health and jobs at risk, these are troubling times indeed for anyone working in the casino and hospitality industry.