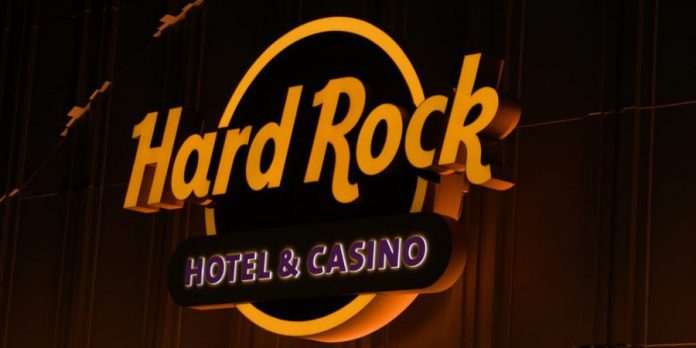 Hard Rock International announced a partnership with the Tejon Indian Tribe to build a hotel casino in Kern County. The Hard Rock Hotel & Casino Tejon will be located on over 300-acres of land 20 minutes south of Bakersfield, California. The $600 million hotel casino project is expected to provide over 3,000 jobs in the region.

The Tejon tribe is a federally-recognized Indian tribe, with the right of self-government on tribal lands. The Tejon tribe is being allocated 306-acres of land which will be held in trust by the federal government, and the tribe plans to use 52-acres of the property for the casino project. The usage of the remainder of the land will be determined by the tribe in the future.

In addition to the proposed casino resort, the tribe plans to build an RV park on 22-acres near the resort site. Tejon chairman Octavio Escobedo reported that the partnership with Hard Rock is “an important step for our tribe and we know this project will be a great economic driver.”

In the past few decades, tribal casinos and Indian gaming have been providing much-needed income for hundreds of tribes across America. As tribal lands are provided by the federal government, they are exempt from state laws which may otherwise ban gambling.

The resort will offer a 400-room hotel, casino, spa and fitness facilities, as well as 13 food and drink venues. There will also be a concert space and a conference and meeting space. According to a statement from the Tejon tribe and Hard Rock, the conference space will be the largest meeting space in Kern County.

Initially the casino project will provide 1,000 immediate jobs in the construction sector alone, and will provide 2,000 permanent jobs for the continued operation of the casino resort. The Tejon tribe will own the casino, and Hard Rock will control the operations.

The proposed casino resort will be located off of Highway 99 south of Bakersfield. Before construction can begin, an environmental report must be completed. After approval is received, the project would take 18 to 24 months to complete the development and construction of the project.

The area will require additional infrastructure to support its needs, including sheriff and fire department structures. While it hasn’t been formalized yet, the remote area will require county services, even though the county cannot tax the tribe or the casino.

Scott Nielson, managing developer of the Hard Rock Hotel & Casino Tejon, is positive about the economic benefit of the project. “We believe that at this location we can build the type of facility and we project that it will attract people from all over California,” Nielson said.

“There will be a very large entertainment venue and meeting space which will be the largest in Kern County,” Nielson said, “which will allow Kern County to hold events and functions that it isn’t currently able to host.”

While the immediate economic and employment benefits are obvious, the tax revenue issue still presents some uncertainty.

“The county won’t be able to tax the tribe, because it’s a government in and of itself and a government can’t tax another government,” Nielson said. “The tribe will enter into an agreement where they will pay the county as if they were being taxed.”

Tribes often enter into agreements with states in which they operate, usually paying the state a fixed amount for an operation license, or gradual payments over time.

Hard Rock has already hosted a variety of Hard Rock Café locations across California, but the company’s expansion into the hotel casino sector will strengthen its grip on gambling activity in California. Hard Rock International purchased the brand rights to the Hard Rock name for everything west of the Mississippi.

While the Hard Rock Café in Sacramento closed its doors after 13 years of operation (1997-2010), the location is ripe for a hotel casino resort. As a result, the company is opening the Hard Rock Hotel & Casino at Fire Mountain near Sacramento. The company is partnering with the Enterprise Rancheria (Estom Yumeka Maidu Tribe) for the Sacramento project.

Hard Rock International is owned by the Seminole Tribe of Florida, and its success story with building tribal casinos is evident in their expansion into new and exciting casino partnership projects around the world.