An attorney in Jacksonville is suing several former state and local officials, including Sheriff Don Eslinger, the former sheriff of Seminole County. The lawyer says his constitutional rights were violated in 2013 when he was arrested as part of a sting. The attorney was accused of being the mastermind behind a $300 million illegal gambling ring.

More On The Case 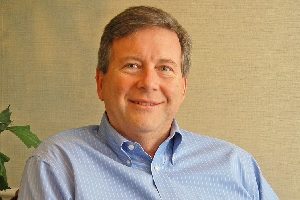 Kelly Mathis, 55, stated in a recent federal lawsuit that he was wrongfully arrested and prosecuted during his time as an attorney for Allied Veterans of the World and Affiliates, Inc. The group is a nonprofit organization for veterans that operated several virtual cafes across Florida.

Mathis is seeking $50 million in damages.

In March 2013, Mathis was arrested in a statewide sting targeting Allied Veterans and its internet cafes. Over 50 other individuals were arrested as well. The sting also led then-Florida Lt. Gov. Jennifer Carroll to resign. Carroll left her position in 2013 after Florida investigators asked her about her connection to Allied Veterans.

Mathis asserts, “I was wrongfully prosecuted for practice law” during a recent phone call. He says Eslinger and the sheriff’s office targeted him because he was a lawyer for Allied Veterans and blocked several attempts by Eslinger to regulate internet cafes.

Charges were dropped against several of the defendants and others we placed on probation or in diversion programs. Mathis was the only one to stand trial. He was convicted of several charges involving money laundering and illegal gambling, as well as racketeering.

Mathis was sentenced in 2014 to six years in prison. Later, the sentence was reversed after an appeal. Then-Attorney General Bondi’s office dropped all charges against Mathis in March 2017. Mathis asserted, “I think they deliberately ignored the evidence and the law in their objective, which was to shut down internet cafes and shut down Allied Veterans.” 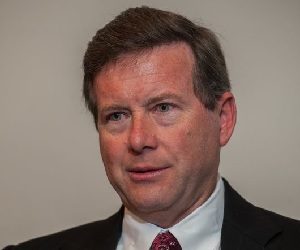 When Allied Veterans debuted its first café in Seminole County in 2009, Mathis stated that he sent a letter to Eslinger, who retired as sheriff in 2017. Mathis detailed the legal justification for the café in the letter and said that Eslinger refused to meet with him to discuss the operation.

Mathis also said that Eslinger and Kirsheman spearheaded several attempts on the local and state level to ban internet-café gaming. During every effort, Mathis was on the legal team that rendered their attempts unsuccessful, according to the suit. Mathis claims that Kirsheman and Eslinger knew that the internet cafes in Seminole County were thriving and “were well aware that asset seizures…could bring in millions of dollars into the Seminole County Sheriff’s [Office] and Attorney General’s Office, as well as fuel Defendant Eslinger’s political career.”

He further accused the sheriff’s office and Eslinger of targeting him in an attempt to deprive Allied Veterans of its attorney and gain access to documents that would typically be considered protected.

Eslinger did not immediately respond to the request for comment relayed to the Florida Sheriff’s Risk Management Fund, where he is currently executive director. A woman who answered the phone number listed under Kirsheman’s name hung up once the caller identifies himself as an Orlando Sentinel reporter. A representative for the Seminole County Sheriff’s Office declined to comment.