For decades, East Asian countries, such as China, South Korea, and Japan, have forbidden legal gaming because they did not believe that gambling was in line with their beliefs, especially those countries with communist ties. However, as the decades of the 20th century came to a close, China and South Korea both adopted gaming as a part of their countries’ entertainment and tourism industry, to the tune of billions of dollars in revenue. Now, the Japanese government is also looking to begin gaming as a means to bring increased revenue and tourism to the country.

The Movement Toward Gaming in Japan 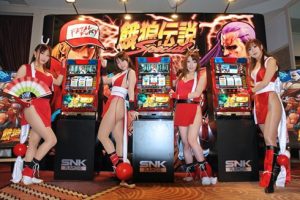 Japan held onto its status as an island nation free of legal gaming until 2016 when the Japanese government passed legislation to begin an exploration process to determine whether the country should legalize gambling. Recently, the country passed a bill granting building permits to three casino resorts, all of which will contain hotels, restaurants, entertainment areas, and convention centers. While the Japanese have a couple of legal gaming avenues currently open to them, such as horse racing and slot machines (called pachinko in Japan), they have never been able to gamble in casinos.

The movement toward casino gaming has been coming for a while. First, the Japanese government could not help but notice the amount of money flowing out of the country through tourism. In other words, many citizens were leaving Japan to go gamble somewhere else and took billions of dollars with them. Japan’s population is wealthy and has a lot of disposable income, and the proximity of the island nation to China means that many Japanese gamblers are spending their gambling money there.

There are people who do not want Japan to get involved with casino gaming. Government surveys indicate the country already has a gambling problem with the forms of gaming that are legal. The surveys have noted that more than 3 million Japanese are already addicted to the pachinko slot machines, which generate 22 trillion yen each year. The 10,000 betting parlors are located near train stations where they are easily accessible to everyone who rides the trains, and that represents the bulk of Japanese society. Japan also has a small sports lottery, where people can bet on horses, motorcycles, bicycle racing, boat racing, and soccer. These gambling critics believe adding casino gaming to Japan will result in more problems for Japanese society.

Why Japan is Ready for the Casino Gaming Industry 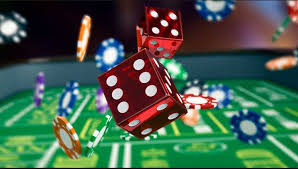 Advocates for casino gaming have estimated the industry could add up to $34 billion a year to the Japanese economy, and the government plans to tax gaming revenues at 30 percent. This represents a significant amount of money added to the Japanese economy. In addition, Japan, which has been experiencing a stagnant economy over the last few years, is hoping tourism dollars will not only add money to the economy but add high-paying tourism and casino jobs as well.

Japan has seen a decline in tourism since 2011, after the earthquake and the Fukushima Daiichi nuclear disaster. But, it is hoped that the opening of casino resorts would draw people to the nation, and allow them to travel to other parts of the country and see the sites, such as Mount Fuji. The casinos may also be able to welcome business conferences as well with conference centers as part of the resorts. Several companies have already expressed an interest in opening casino resorts in the area, such as MGM Resorts and the Las Vegas Sands, both of which already operate casinos in other parts of Asia.