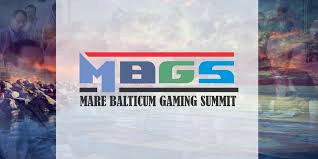 The gaming industry is preparing for the first and widely talked about Mare Balticum Gaming Summit, scheduled for May 8 in Riga, Latvia.

Hosted at the Astor Riga in the Baltic country’s capital of Riga, this is the first summit of its kind. However, organizers and, indeed, various industry members will be hoping the event will be successful enough to hold annually.

What to Expect from this Highly Anticipated Event

The broad agenda was only recently released for viewing. The event is said to consist of several panel discussions involving Baltic regulators and those industry experts who will advise and speculate on the state of the gaming industry as it affects most regions.

In addition to panel discussions, guests will expect to hear talks dedicated to the subject of innovation, as well as the GDPR (General Data Protection Regulation), and its effect on the overall gambling industry.

It has also been suggested a vast amount of time will be scheduled for the event as well, so attendees can take advantage of important industry networking throughout the day.

The original concept behind the gaming industry creating such a summit comes predominately from an idea to encourage as many internal gaming representatives as possible to meet in one area to discuss this field in more detail.

It is hoped this will be achieved by creating a large forum where such matters can be discussed openly and freely, and, maybe even successfully answer some questions. Local operators are also encouraged to deliberate the future of gaming in the Baltic countries.

Organizers also hope that by bringing together such experts in one room that everyone can learn from one another, discuss ways to improve their own gaming performances, and debate the many benefits of being a licensed operator.

Who Will Benefit from This Particular Gaming Summit? 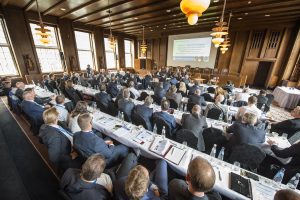 This inaugural event is aimed toward those who work in Baltic region’s gaming industry, whether at land-based casinos or online gaming ventures.

This is a day for almost anyone who is involved in this industry to take the time out of his or her work schedule and spend a few hours with like-minded people. It is also an opportunity for people to be educated further in the trade.

Baltic regulators are at the forefront of this gaming summit event. Therefore, it stands to reason there will be an abundance of inside information available for all who attend. Some of that information could include ideas on how to work together, and how they can access the many benefits of being fully licensed in this trade.

What’s more, event organizers have promised attendees they will have the chance to access further in-depth subjects and come away with a renewed sense of confidence. The purpose is to keep one step ahead of the competition.

There will be a discussion of new laws to be introduced and discussions on current and possible future policies. In addition, trends and other current interests will be open for debate.

This event is to be fittingly organized by a gaming event organizer called EEGEvents. With its areas of expertise in the European market of gaming and regulating, its specializes in events in Central and Eastern Europe that are very similar to the one proposed for the Balticum gaming summit.

With its vast knowledge and skills in the events and conference sector, EEGEvents plans to offer all attendees a wealth of inside gaming information, from some of the most prominent gaming experts and respected regulators in the European Union throughout the day.