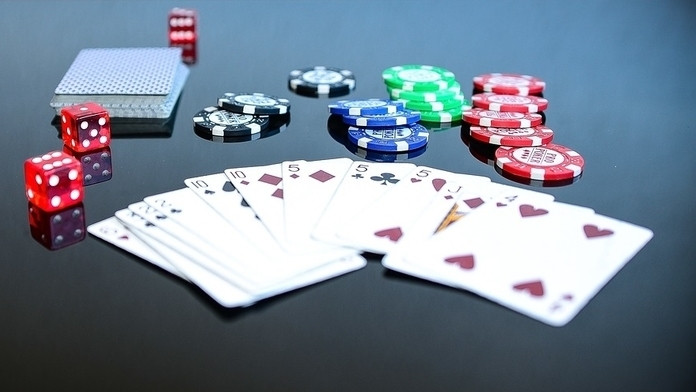 Leading software giant Evolution Gaming has recently unveiled plans for a live dealer casino game launch, one of the first of its kind in the gaming industry.

However, what’s different about this new idea is the concept surrounding it, which will see players being able to compete live for the first ever colossal jackpot of $50,000, referred to as the First Five Progressive Jackpot.

This Game Will Be Accessible to All

More impressive is how accessible the new poker game will be to all gaming fans. With all desktop and mobile platforms being included, every player will be able to experience the thrills and excitement that comes from a poker game, all live and from the comfort of their very own home. Or, they can just join the game whenever they are out and about.

This Hold’em game is being designed by some of the best creators in the business. Most industry experts recognize Evolution Gaming as a renowned company already, with a vast amount of game choice available to play through live dealer tables. Therefore, this addition of Hold’em is expected to be yet another substantial success, added to what is already an impressive selection of games.

The Finer Details of This Texas Hold’em Game

What Evolution Gaming has told fans so far about this particular version of Hold’em is that this is a game where all players have a chance at winning big. There will be two choices to decide on with each game; one is the First Five Progressive, and the other is the Bonus Bet.

The prize jackpot is available to those who end the game with a royal flush, however for those other players who find themselves with smaller hands, there are also smaller prizes to be won. What’s more, it has been claimed that the Bonus Bet has betting odds of 1,000:1.

The Industry Predicts Great Things for This Game

Now that the gaming industry has had a chance to digest Evolution Gaming’s thrilling news, there now comes the thoughts and opinions from those who work in the field as to whether Evolution Gaming will be successful with this latest game.

It had been thought that Evolution Gaming would restrict access to other companies with this new creation, seeing as their home country is Riga and they would most likely be streaming the live game action from casino tables there.

However, from what we know so far, it appears that any company holding a license, which has been issued to them by Evolution Gaming themselves, will be among the lucky ones. Those with such permits will have exclusive access to an optional program which will allow them to present the Five Progressive Jackpot element of the game.

The Jackpot Element is This Games Strongest Appeal

Experts predict that with such an eye-watering $50,000 progressive jackpot on offer, this figure will be the winning element in drawing people to the live dealer tables to get their share. Furthermore, it’s suggested that because of such a progressive jackpot as this, enthusiasm will spread to all the other table games played by live dealers.

With Evolution Gaming already believing this game to be hugely successful at physical casinos, they will be one of the first to bring such success to the online world of gaming and offer a Texas Hold’em live game like none ever seen before in the industry.