The Dutch minister for legal protection, Sander Dekker published secondary regulations concerning the online gaming market. Industry stakeholders were then able to give their comments on the proposed rules up to the 18th of September. The draft regulations confirmed the licensing fees for the operators would be set at 45,000 euros with an additional 8,000-euro charge for making amendments to the current licenses. As part of the license application, the gambling regulator; KSA, or Kansspelautoriteit is going to look at the previous violations of the gambling regulations in every jurisdiction and not just the Netherlands. The rules seem to deal with transparency in the operator’s activities, particularly concerning the bonus offers. They also considered the protection of players and imposition of their duty when dealing with problem gambling. Their goal is to reduce the motivation of companies from exploiting problem gamblers to make the most of their profit.

Regulations set to protect the players 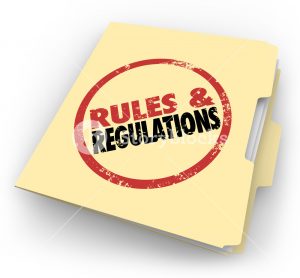 To protect the players, there were several controls with customers not able to lose a sum more significant than the original stake. The players should only be able to play one game at a time, and that means they cannot be playing more than one game at the same time on the licensee’s site. They cannot also play products in more than one vertical simultaneously. The license holders have to inform the players concerning the content of the bonuses. The specification on this is it has to be done in a clear, appropriate, and understandable manner. The bonuses cannot be given when the player is still gaming and the customer ought to be given a chance to opt-out. The operators have to monitor activities of the player and have staff trained in areas of problem gambling.

Aside from, hefty fees the operators are being charged for licensing and amendments, the Kansspelautoritet will also consider past violations. This is during the licensing process and concerns not just the Netherlands but across other jurisdictions. Operators are going to be required to create an integrity initiative within their firms, where the sportsbook operators employ the staff capable of looking for the indicators of match fixing or match manipulation. Particular bet types like the win-loss markets for individual games and sets or bans are now banned as well. The gaming authority also mandates that 10 percent of the revenue created from betting on horse racing have to be invested back into the sport. This is big to make the companies more responsible in the way they treat their customers. Thus far, problem gamblers are the most vulnerable clientele, and the authority seeks to defeat the will of the operators to exploit them.

The regulation publicizing comes as the Netherlands prepares the implementation of the Remote Gaming Act that passed the Senate in February. The act would create a 29.1 percent gross revenue tax for the ones requiring licensing as the KSA regulatory body also published supplementary player protection and anti-money regulation. There is a cooling-off period as well for two months where the gaming operators would not conduct business in the jurisdiction to be eligible for licensing. The expectations of the regulator are for the gaming market to open its market from January 2021. Following the ratification of the Senate, the Remote Gaming Act would be actionable from 2020 July. From then on, the KSA starts processing the applications for licenses. The companies have registered their interests in applying for the license, though the expectation on the KSA for the final number of the licensees is it should be much lower.