South Carolina is a state that doesn’t allow gambling. In fact, like its neighbor, Georgia, South Carolina has very few gambling options. Residents can play the state lottery, and they can participate in pari-mutuel betting. But, other than those choices, there are no other forms of gambling available.

Some people want the Palmetto State to have gambling. They believe it would bring in hundreds of millions of dollars in tax revenue. Although South Carolina has a growing economy, many residents feel they need additional services. Services, such as police and fire departments and school districts, could use extra tax revenue.

What would gambling look like in South Carolina? Here are some observations.

The Gambling Past of South Carolina 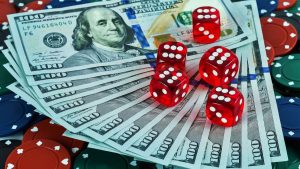 It was not that long ago when people could gamble in South Carolina. In the 1990s, South Carolina was one of the few states that allowed video gambling. In 1999, there were nearly 30,000 video gambling machines in the state. People gambled nearly $90 million in three months along the coast alone.

However, many people outside of the Grand Strand didn’t like gambling. The rest of the state’s residents pushed their legislators to ban it. They cited the trouble with regulating gambling, as well as the potential for criminal behavior. The legislature passed a bill in 1999 that made video gambling illegal without a referendum in favor of gambling. Before voters got the chance to register their votes, the South Carolina Supreme Court said gambling was illegal. The only option casino people had left were casino boats along the Atlantic Coast. The boats anchor in international waters so people can gamble.

The New Commission and Investigation

There are still several people who want to have gambling in the state. One of those people is Jim Rex, the former superintendent of education. He wants to legalize gambling to benefit students in South Carolina the way the lottery benefits students in Georgia. Rex and others have founded and funded the lobby group The Palmetto Forum for Gaming Studies. The Palmetto Forum plans to research the pros and cons of gambling in South Carolina.

One reason some citizens want gambling legislation is because of the reluctance of South Carolinians to pass new taxes. Revenue gambling could be a good way to make money for educational programs, senior programs or law enforcement programs.

The Vision of the Forum

The Palmetto Forum has some ideas in mind for possible gambling legislation. First, the forum would like to research the possibility of allowing sports gambling in the state. Other nearby states, most notably Tennessee, have allowed sportsbooks without any casinos. In the case of Tennessee, the Tennessee Lottery oversees the sportsbooks. Sports gambling has only been legal in the United States for a little over a year. In May 2018, the U.S. Supreme Court overturned the Professional and Amateur Sports Protection Act of 1992.

In addition to the notion of gambling through sportsbooks, many Palmetto Forum members want to legalize online gambling. They feel this will allow people who are visiting the state or who live in the state to gamble. However, there won’t be as much overhead to set up online gambling as there would be with on-site gambling. Like Pennsylvania and New Jersey, gambling businesses would pay for licenses to run online gambling. The state would also get a percentage of the revenue. There are also calls to research the possibility of building casinos in the state’s tourist areas. High tourist destinations include Myrtle Beach, Charleston, and Hilton Head. These three destinations bring in more tourists than any other area of the state. It may take a year or two before South Carolina has a possible plan in place to resume gambling.