After a public hearing held earlier in the week, the city council has now approved a land deal that will see the Pamunkey Indian Tribe build a casino complex on 13.25 acres of land next to Harbor Park, situated near Norfolk’s waterfront.

The terms of the deal were announced over 2 weeks ago, however, only now has the proposal been considered, with some city council members urging the city to hold off on the final decision.

One of the council members who voted against the new casino was Andria McClellan. She voiced her worries over the decision being rushed. “I have too many unanswered questions to consider an undertaking that will bind the city forevermore,” she said.

Others speakers in attendance shared the same concern, particularly when the economic impacts of a new casino in Norfolk were brought up. One of these people was local Downtown resident Mac Shapiro, who believes the city has not conducted enough research to accurately predict the cost implications involved with the deal.

“You have not done the due diligence; you can’t tell us how much it will cost the city,” he said.

He also added that if council members approved the deal, he will prepare a petition for a referendum to be held on Wednesday.

Another group looking for a pause on the proposal are members of the Nansemond Indian Tribe, of whom believe that the Pamunkey tribe do not own the ancestral rights to the land. Many of them are now calling for a delay on the deal while the historical roots of the area are looked into more thoroughly.

The Majority Are For the Idea 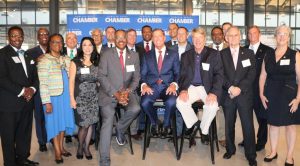 Despite the amount of unhappy faces at the meeting, many were still said to be pleased with the outcome of the discussion, which ended in a 7-1 vote. Among them were representatives of Hampton Roads Chamber of Commerce, Jay Jones and Joe Lindsay who are in support for the new career opportunities that the casino will bring.

Another local resident named Marvin Pervis is a frequent visitor of casinos in Maryland, Delaware and Atlantic City. During the council meeting he asked members “Why should I be spending my money in these other places when I could spend it here? This city needs this casino. If you’re Christian, go to church. I’m 83 years old and I love to live.”

Many members of the council do not believe the decision to authorize the land was made in haste. And moreover, they voiced how the casino would likely bring several economic advantages.

Though full details of the proposal haven’t been officially concluded, plans for the casino itself will include a 500-room hotel, entertainment centre and multiple restaurants. Both Pamunkey members and council officials have estimated that the casino floor will be able to accommodate 4,000 gaming machines and 225 table games.

Tallying Up the Costs 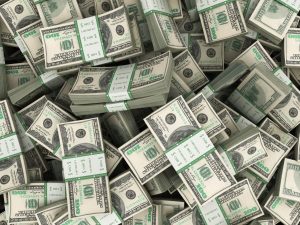 The budget for construction has been estimated at $700 million, and as part of the tribe’s negotiations – the city will receive as much as $33 million per annum. Part of the agreement also gives the tribe the option to purchase the land for a 5 year period, in which case the annual costs would be around $10m.

In order for the tribe to build a tax-exempt casino, they would need the federal government to agree to put the land into trust, which in turn, would make the establishment and the land part of the Pamunkey reservation. If the General Assembly gives the greenlight to commercial casinos in the next session, this may not be needed anyway.

The tribes would be responsible for all maintenance of the casino and improvements to infrastructure as part of the deal. They would also be required to pay an annual fee that will assist the city in dealing with pathological addictions and gambling disorders.