According to Las Vegas Metro police, a man who was a tourist in the area was stabbed in early November 2018 while at the Golden Nugget Casino. He was playing slots at the time.

Police confirmed that the victim was not from the United States. He was in the middle of gambling when his attacker approached him and started a conversation. The attacker asked the victim for a cigarette, then suddenly stabbed the victim in the torso. Police say the act with without warning or provocation.

The attacker was spotted later at the Four Queens Casino by the security staff. The staff called 911 and police arrested the attacker near Fremont Street and Maryland Parkway.

According to police, the victim was taken to a nearby hospital and was in stable condition. He was expected to be discharged shortly after the incident.

The suspect was later identified as Anthony Oliva-Olsten, 22. He is being held on a charge of battery with use of a deadly weapon resulting in substantial bodily harm. 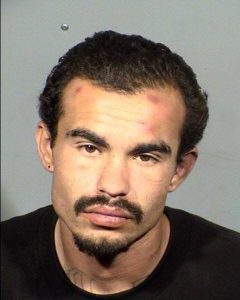 Unfortunately, this recent incident at the Golden is one of many at hotel-casinos in Las Vegas. In June 2018, there was a stabbing at Circus Circus, as well as violent robberies at Sunset Station in February and September 2017.

Retired Las Vegas police lieutenant and Crime and Safety Expert for 13 Action News Randy Sutton offered some safety tips for gamblers who want to stay safe while enjoying their time in Vegas.  Sutton says that tourists should avoid having conversations with strangers. Attackers will sometimes use small talk as a distraction tactic to catch their victims off guard. Sutton also says that it’s best to examine a stranger if they try to start a conversation. This will provide insight into whether the person is high or intoxicated. Sutton also warns that gamblers should pay attention to their surroundings at all times.

Sutton advises “if you feel threatened, get away from that person.” He also says that if you’re approached by someone who seems like they don’t have good intentions, pay attention to their hands. He also shares that it’s best to give an attacker, whatever they’re asking for, even if they demand a wallet or cell phone. These are only possessions and are not worth a person’s life or well-being.

Gamblers who see a crime taking place are encouraged to get to a safe place as soon as possible and calling 911. Making the call quickly will make it easier to recall a description of the suspect.

Violence often occurs in casinos and gambling facilities because lots of money is at stake. Wealthy people often come to these locations to gamble, which means that attackers are often waiting for a chance to gain access to an affluent gambler’s funds. Individuals who win large bats are also subject to attack. This is why it’s so important to be careful when gambling. The area where gambling takes place should be well-lit. Security staff should also be in place to apprehend any suspects.

People also commit violent acts connected to gambling because of gambling addiction. Attackers who are unable to control their rage or anxiety when losing bets or seeing other people win wagers are encouraged to seek professional help. Gambling addicts should also take special care to stay away from gaming establishments and casinos to avoid tense or violent situations.