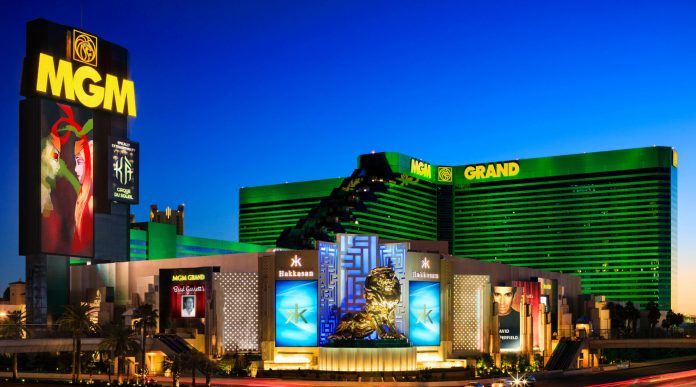 After the release of their full-year earnings last week, MGM Resorts International’s CEO, Jim Murren, has confirmed that the gambling operators are looking into prospects for a new casino site within the Japanese city of Osaka.

During the discussion with financial analysts last week, Murren said that the company is looking to focus its efforts into the Japanese market, while developing unified partnerships ahead of the proposal submitted for a new casino location in the city.

“We just recently opened up an office in Osaka. We’ve committed now to the mayor and to the governor of Osaka. MGM has adopted an Osaka-first strategy. We are focusing our considerable resources on Osaka,”

“We think Osaka will be one of the three concessions that will likely be granted, but we know the central government has to select Osaka and its operator. That probably happens maybe 12, 18 months after Osaka itself picks its operator,” said Murren. “Osaka’s goal is to have an IR opened by 2025. That’s when the World Expo is in Osaka.”

MGM is just one of the entities bidding on a spot in Japan’s second-largest industrial city. Chairman of Melco Resorts and Entertainment, Ho Yau Lung, also spoke of Osaka acting as a best bet for hosting a casino, with his firm looking to grab a piece of the action.

After appointing the U.S. state of Nevada’s former governor, Brian Sandoval, as MGM’s president of global gaming development last month, the casino giant has been looking to penetrate the Asian gaming industry with a new angle; particularly when it comes to sports.

Major League Baseball announced a newly formed partnership with MGM in November last year, with the intent to promote a wider scope for both businesses in the U.S. and Japanese market. Professional baseball is said to be one of the most popular sports, and the number 1 choice for many gamblers, even outdoing soccer.

According to Japanese media sources, Osaka authorities have invested into an $8.5 billion development to be built across 60 hectares of land by the year 2024. They suspect this will draw in around 25 million unique visits every year, with 18.9 million comprising non-gambling tourists. Japan’s gambling capital Macau, drew in approximately 36 million visits in 2018 alone.

During the conference call on Wednesday, Jim Murren also said how MGM will soon be expected to see the financial advantages for their current business operations in Osaka flourish during the second half of the year.

“We also remain committed to targeted growth opportunities such as sports betting and the pursuit of an integrated resort in Japan,” he said. “Importantly, we will continue to prudently allocate capital, with a focus of returning excess cash to shareholders.”

About the City of Osaka

Osaka is the third most populated prefecture and the second-largest city in Japan, home to 10 million residents. It is considered the primary commercial, industrial and shipping center of Western Japan and the second major transportation and communication hub for the Kansai region.

Up until the 19th century, Osaka was responsible for around 70% of the country’s wealth, even surpassing Tokyo until the 1920s. Like the capital, Osaka was badly affected by the fire bombing raids of World War II and has had to rebuild the majority of the city from scratch since it was destroyed.

Under the new Integrated Resort Promotion Law, licensed gambling is now legal in the region, providing the gaming floor is part of a resort complex consisting of: international conference hall, hotel, and entertainment venues. Any operators who successfully achieve a license will need to undergo a stringent approval process, and smaller casinos or establishments in the area will not be eligible to run any operations at all.

Under the new Integrated Resort Promotion Law, licensed gambling is now legal in the region, providing the gaming floor is part of a resort complex consisting of: international conference hall, hotel, and entertainment venues. Any operators who successfully achieve a license will need to undergo a stringent approval process, and smaller casinos or establishments in the area will not be eligible to run any operations at all.